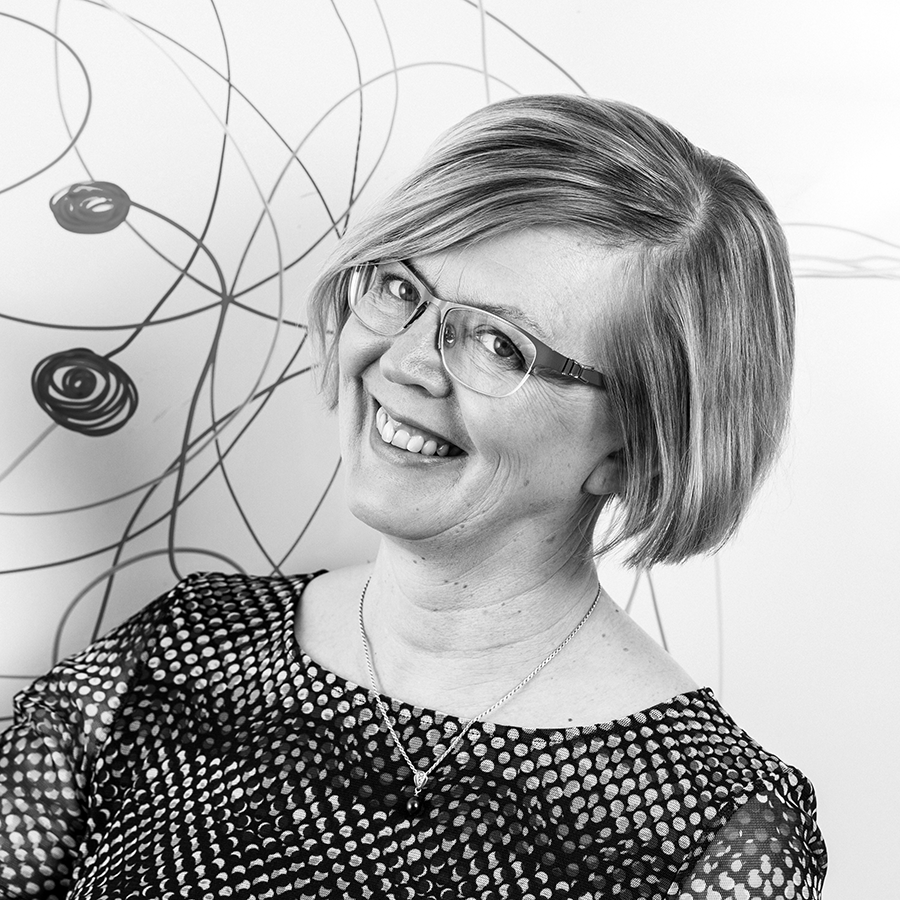 Anna-Maria Vilkuna is the director in the field of Research, Development and Innovation (RDI) of the Metropolia University of Applied Sciences. She has developed RDI activity in different functions at Metropolia over ten years and is motivated by gifted students, skilled colleagues and diverse partners. Anna-Maria is history researcher, with doctoral dissertation about Late Middle Ages. Besides the work, family and friends Anna-Maria enjoys nature by hiking, biking and boat. 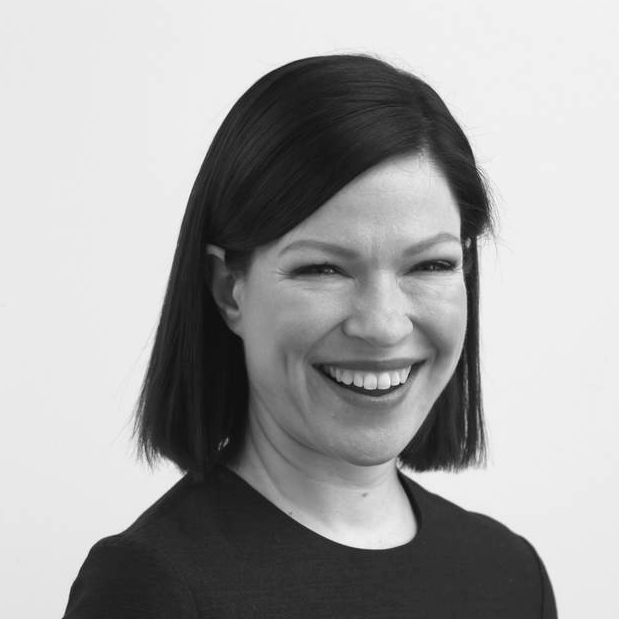 Anni Sinnemäki is the Deputy Mayor of Helsinki responsible for real estate and city planning. She has pledged to develop Helsinki into a city “that has room for more people – those who were born here and those who move here from other parts of the country or from outside the country’s borders”. She has also called attention to the significance of density, green areas and the public transport system for the development of the Finnish capital. Prior to this she has worked as a member of the Finnish parliament, representing the Green League 1999 – 2015 as well as the Minister for Labour from 2009 to 2011. In addition to her political career she has published two poetry collections. Sinnemäki is also the author of a series of pop lyrics of the 1990s and early 2000s for the band Ultra Bra. 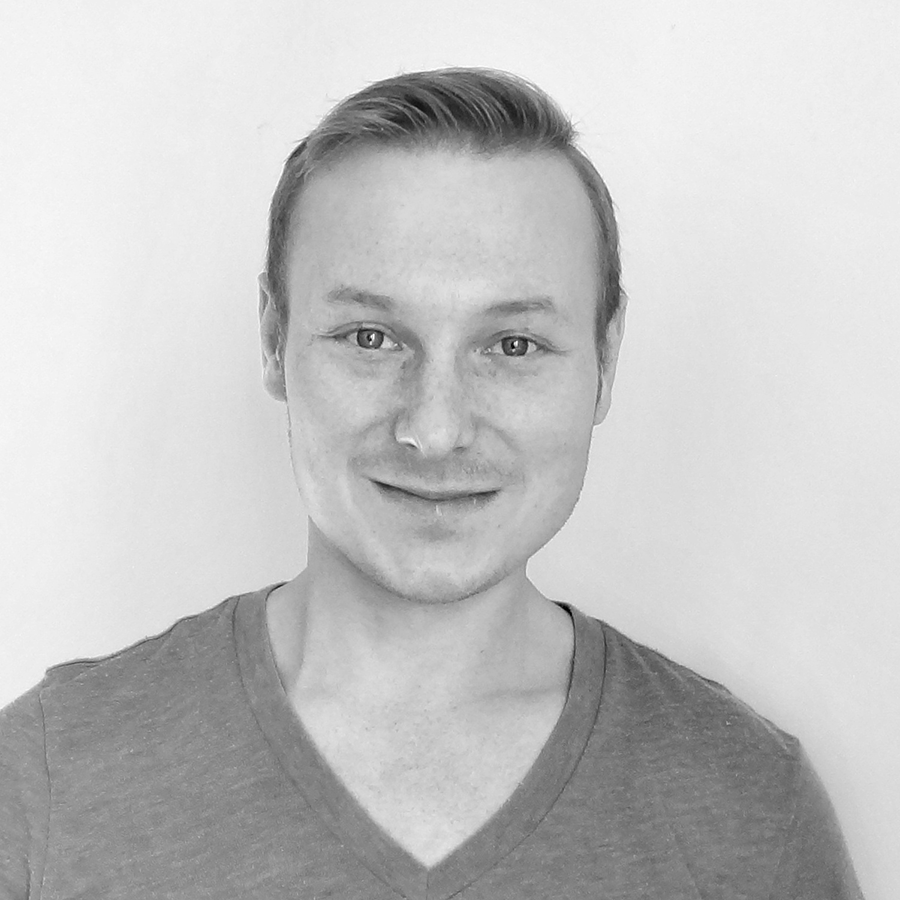 Timo Hämäläinen is a geographer who is part strategic urban development consultant, part city planning “activist” and thought leader in contemporary urbanism via his blog ‘From Rurban to Urban’ and membership in a planning collective ‘Urban Helsinki’. Timo’s blog dissects the inner workings of Finnish urban development and has been chosen among the “best city blogs around the world” by The Guardian. Timo has been working with projects that seek to harness the latest insight in urbanism for the planning of lovable cities, sustainable transportation, and public participation.

From Rurban to Urban
Urban Helsinki 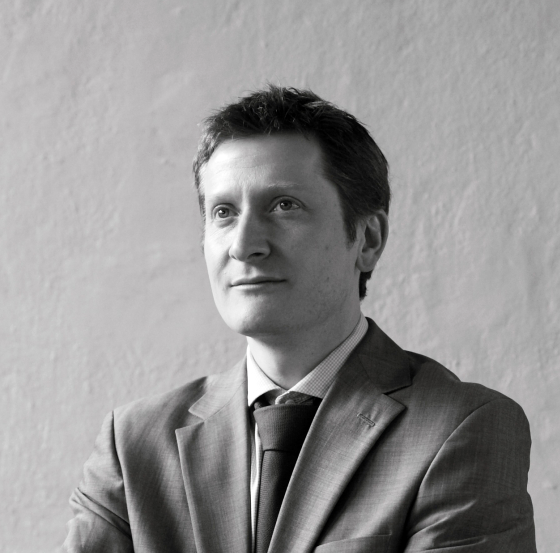 Marco Steinberg is the founder of Snowcone & Haystack which is a strategic design practice focused on helping governments and leaders to innovate. He has been Strategic Design Director at Sitra, the Finnish Innovation Fund, 2008 – 2013 when he lead Sitra’s Strategic Design capability, launching e.g. Helsinki Design Lab (HDL), a global initiative to help address today’s large scale strategic redesign and transformation needs. Prior Sitra he was Associate Professor at the Harvard Design School from 1999 to 2009. Steinberg is also Chairman of the Board at the Museum of Finnish Architecture and advise many organizations. In the past he had advised governments on SME and design funding strategies and in the early 90’s he started his own design and architecture practice. 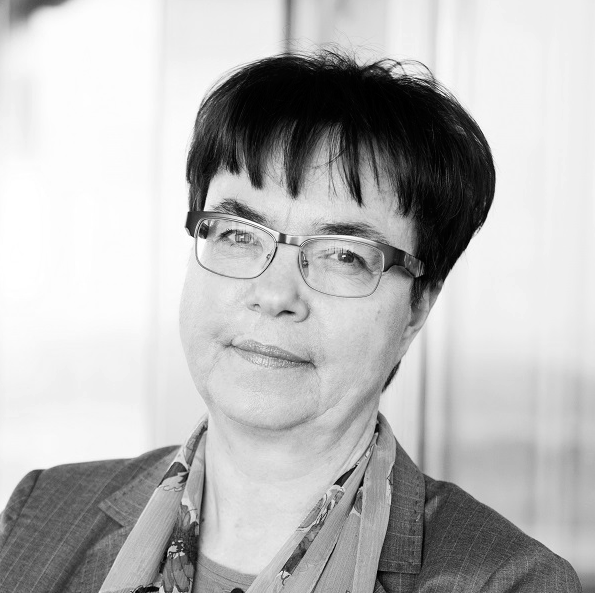 Anne Stenros graduated as Master of Architecture and she has the doctorate in technology. She has acted as a managing director of Design Forum Finland and the Executive Director of Hong Kong Design Centre. During the past ten years 2010-15, she was the design director at KONE Corporation, a world leading elevator and escalator company. Currently she has a professorship at the Aalto University School of Business as a director of the IDBM International Design Business Management Master program. She has been appointed as a Fellow of the Royal Society of Arts, Manufacture and Commerce (FRSA, London). 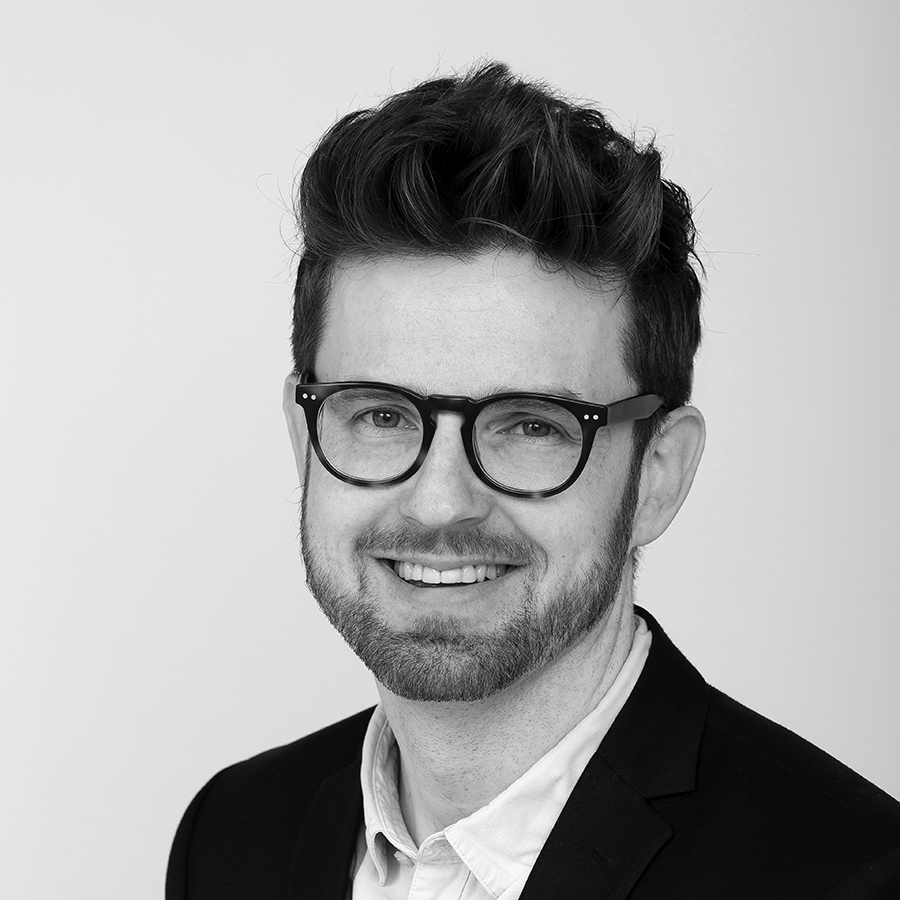 Tero Santaoja acts as project manager at Lähiöprojekti (Neighbourhood Project) of the City of Helsinki. The Neighbourhood Project is a collaborative project between the departments of the City, which works in the suburban areas. Project is subordinate to and reports annually to the City Board. The steering group of the Neighbourhood Project has 17 members from 12 departments. In the Project, the suburban areas of Helsinki are developed in various ways and as districts equal to the inner city – for the best of the residents. Broad and long-term work is undertaken to prevent inequality in the suburban areas. The objectives and operations of the operational period 2016–2017 are a functional city, a good city life, a diverse city, an active everyday city and a good reputation. In the current period and celebrating its 20th anniversary in 2016, the Project focuses especially on Jakomäki, Kannelmäki, Malmi, Malminkartano, Meri-Rastila and Pohjois-Haaga. In addition to the areaspecific activities, the flexibility in the development of the entire suburban area is preserved. 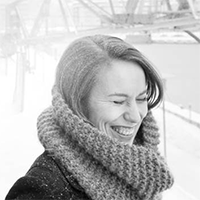 Hella Hernberg is an architect and designer who runs Urban Dream Management, a strategic design practice striving towards creative and sustainable cities. Hella is interested in clever use of existing resources and involving users and stakeholders in the development of sustainable built environment. Hella has also worked as a strategic designer at the Ministry of the Environment, and she teaches at the Design for Government course at Aalto University. She is also editor and publisher of Helsinki Beyond Dreams (2012), a book about local initiatives and urban culture in Helsinki.

Timo Santala is an awarded Finnish creative, a modern day multi talent and an influential figure, opinion leader and change maker in the urban culture and event scene openly speaking and acting for better cities and active citizenship. Internationally Santala is best known as one of the founders and chairman of the board of Restaurant Day, an international food carnival where anyone can open a pop-up restaurant, café or bar. He’s also the founder and executive director of We Love Helsinki, creating participative events, taking over urban spaces and engaging the local community with new and surprising interventions and flash mobs. With We Love Helsinki Santala also organizes hugely popular old fashioned dance parties and tasting events with music at the local market hall.
Santala is an active club promoter, event producer and a popular DJ with a cult following performing both locally and internationally. Santala works also as a travel, food & wine journalist and photographer. Food is one of his great passions and he’s also worked as the head of the food culture strategy for the City of Helsinki. 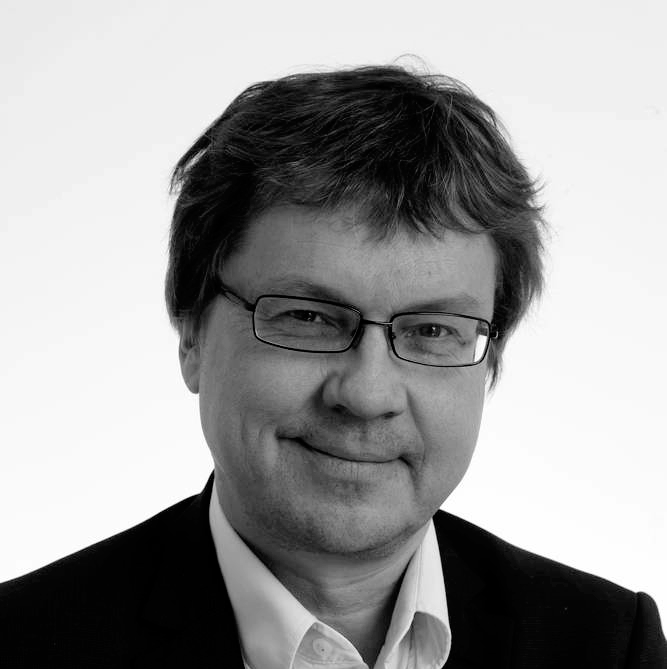 Pekka Sauri is the Deputy Mayor of the City of Helsinki for Public Works and Environmental Affairs. Prior to his current office, Dr Sauri served in various positions in mental health counselling in Finland in 1975−2003. He became well known in Finland during the late 1990s for hosting a popular radio show Yölinja (“Nightline”) in which he helped callers with their various personal problems. Pekka Sauri has been active in the municipal politics of Helsinki since mid-1980s. Sauri is an active debater in social media and has recently published a book on how social media could and should be utilised in regards of the public administration. He has also received the Annual Award of Communicational Leadership 2014 from the Finnish Association of Communications Professionals (ProCom). 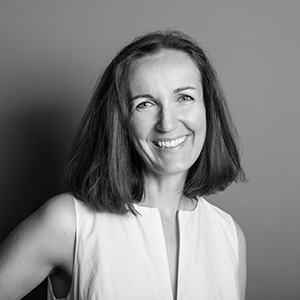 Merita Soini is a designer, interior architect and senior lecturer of Interior Design at Metropolia University of Applied Sciences. She is a member of collective Woodism that designs and makes furniture of fell down park and garden trees. Currently she is also mentoring a student project called From Forest to Campus in which cut down trees in the site of Metropolia’s future Myllypuro campus will be utilised by design and construction architecture students to create articles for the campus. Merita is also involved in projects Live Baltic Campus and Design for Everyday Mobility (LAD) combining design-thinking to urban environment. 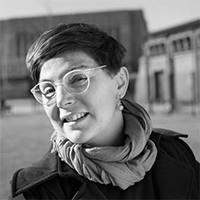 Tuuli Mattelmäki is the head of MA programme of Collaborative and Industrial Design and vice head of the Department of Design at the Aalto University in Helsinki. She holds MA in industrial design and Doctor of Arts from 2006. Tuuli has been an influential person to study, create and develop exploratory methods for empathic design and design research and her doctoral thesis on ‘Design Probes’ from 2006 has been widely referenced in the design community. Her research interests cover empathic design, co-design and design for services and she is inspired in exploring co-creative practices in new application fields of design both in research and teaching. Tuuli was awarded as the industrial designer of the year 2008 in Finland for her achievements in design research. 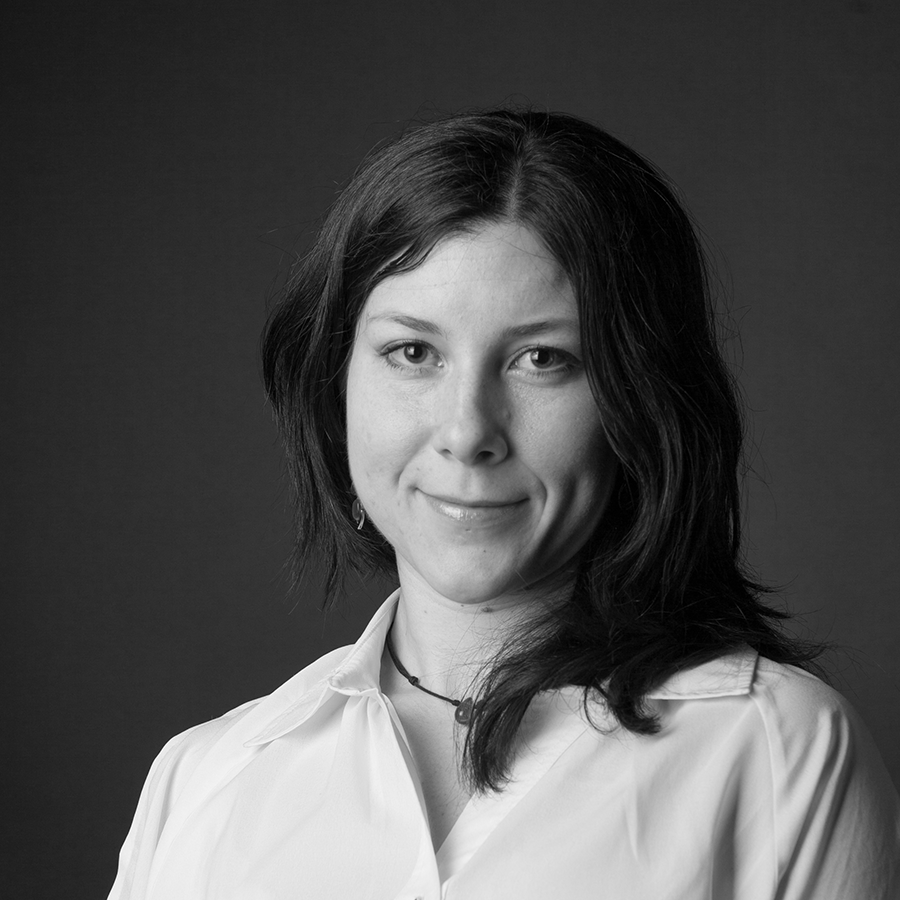 Maria Schewenius is research coordinator and project manager working with the Urban research theme at Stockholm Resilience Centre (SRC). Her core research interests include resilience and sustainability of urban regions, i.e. the cities of today and the regions that are projected to become urban over the coming decades, with a special focus on Latin America. Past and current research projects include Urban Biodiversity and Ecosystem Services (URBES), Cities and Biodiversity Outlook, Accelerating and Rescaling Transitions to Sustainability (ARTS) and C/O City. An SRC graduate, Maria worked in India where her MSc thesis analyzed the role of city inhabitants’ norms and values for protecting urban greens. 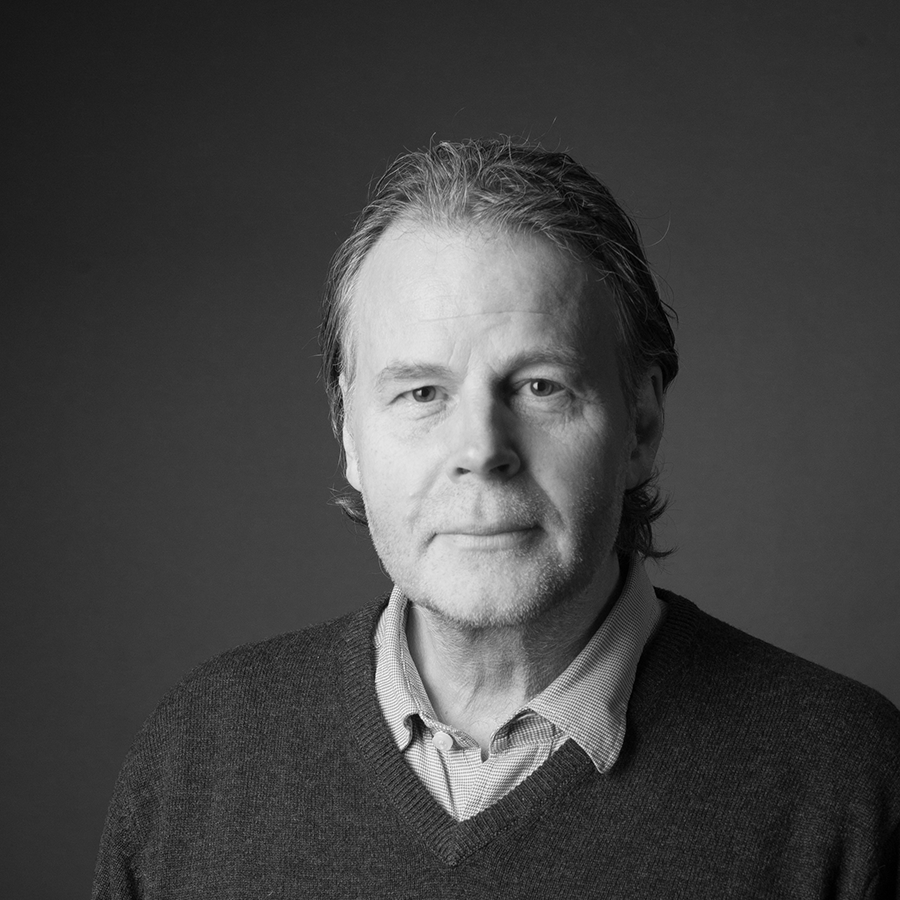 Johan Colding works as a research coordinator of urban studies at the Beijer Institute of Ecological Economics, and serves as a leader of the urban theme the Stockholm Resilience Centre. He has served as a research project coordinator within the Swedish sub-global Millennium Ecosystem Assessment (MA) with a focus on the Stockholm urban region. He is also a member of the Resilience Alliance. Johan’s research areas and interests include biodiversity conservation, ecosystem management, institutional analyses and social-ecological system interactions, as well as urban ecosystem management with a focus on urban design and resilience building. 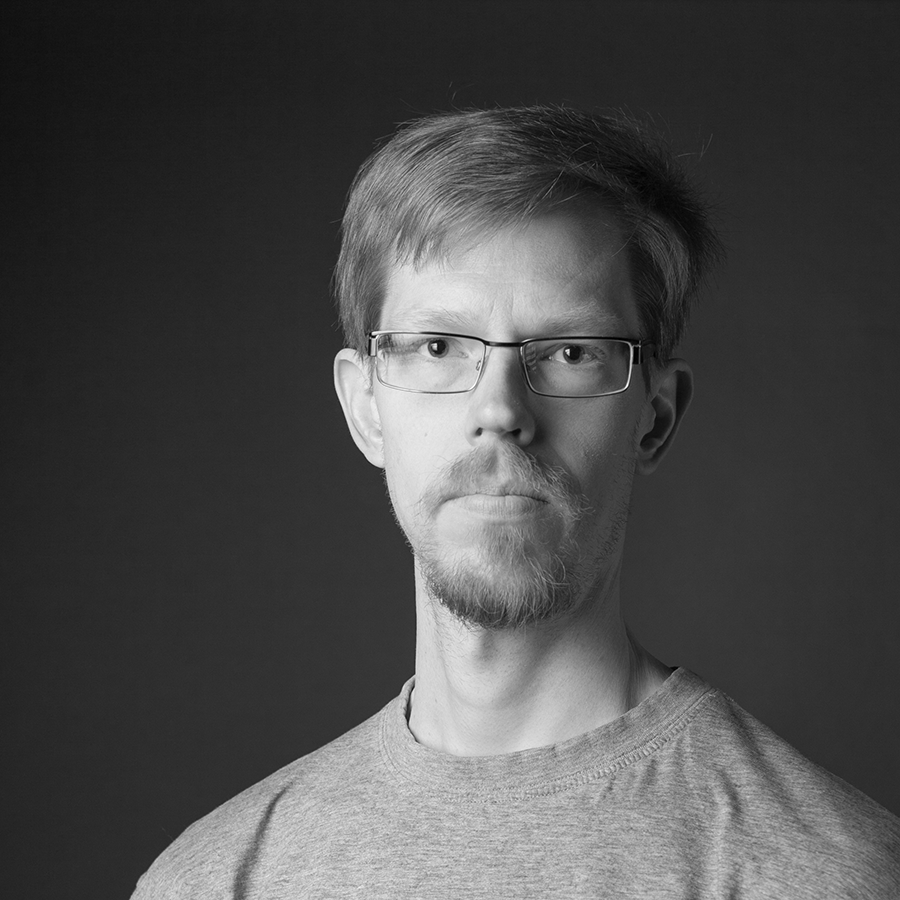 Erik Andersson is associate professor in sustainability science at Stockholm Resilience Centre and holds a PhD in natural resource management and systems ecology. He is currently leading both national and European research on green infrastructure and resilience. His main research interest is in landscape qualities like biodiversity and ecosystem services, and how management and governance can be set up to use but not misuse these. On a more theoretical level Erik is interested in and investigates the spatial reality of ecosystem service generation, landscape management and resilience, and the use of functional profiling to characterize and assess multifunctional landscapes. 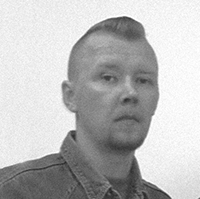 Juha Ainoa is a designer and senior lecturer of Industrial Design at Metropolia University of Applied Sciences. Juha is mainly responsible for planning and teaching the studies of service design and user-centered design. Prior Metropolia he has acted as Industrial Designer and Design Manager at Creadesign Ltd and as researcher at the BIT Research Platform of Aalto University. At Metropolia Juha is involved among other things in projects Live Baltic Campus and Design for Everyday Mobility (LAD) to develop the urban environment.