Myllypuro Campus got its Foundation Stone
Back to Blog

Helsinki Pilot crew of Live Baltic Campus took part to the official ceremony for the laying of the foundation stone of the future Myllypuro Campus of Metropolia UAS on September 24. Also Project Manager Päivi Keränen took the chance and participated the actual laying ceremony.

That Saturday was also yearly Myllypuro Day, a neighborhood party, so it was an ideal day for collecting thoughts from Myllypuro residents about the services they want in the campus.

– I have worked as a cleaner so recycling is an important issue for me. And it would be nice if there were a gym in the campus because my husband and son like to go work out, clarified Satu her choices. 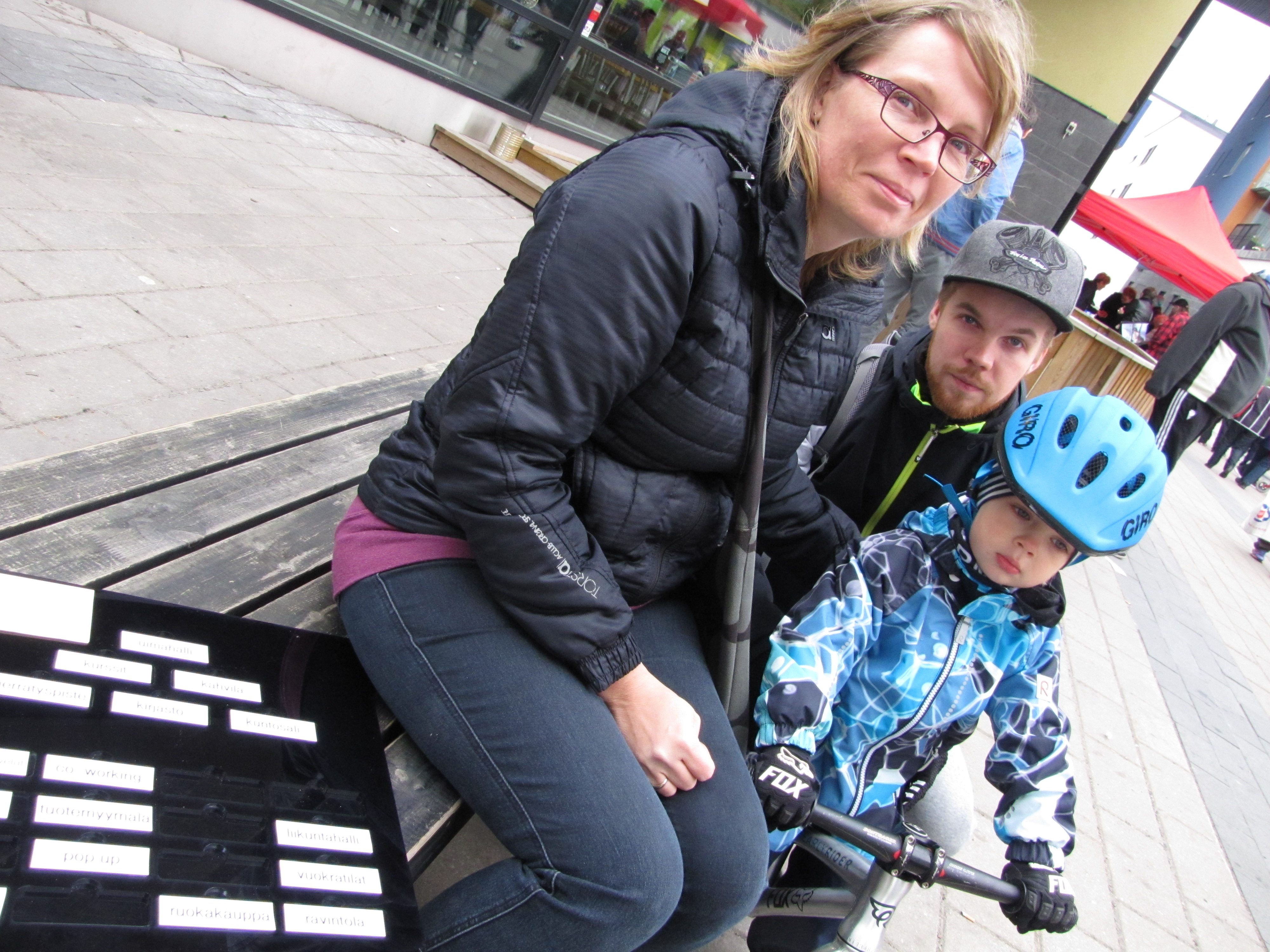 The campus will be completed in two phases 2018-19 and about 6000 students will study there. When Satu was asked what she thinks about the campus coming to the neighborhood she admitted that she has not even thought about the matter.

– The campus will bring life to Myllypuro and this will be seen in daily life. It is a good thing that there will be more young people here, Satu stated after a short pondering.

After the foundation stone was laid in the construction site the ceremony continued at the sports center Liikuntamylly nearby with music and speeches. Helsinki City Mayor Jussi Pajunen noted Live Baltic Campus in his speech.

– There is a great potential in the collaboration and knowledge sharing between the Central Baltic cities for better campuses, underlined Pajunen. 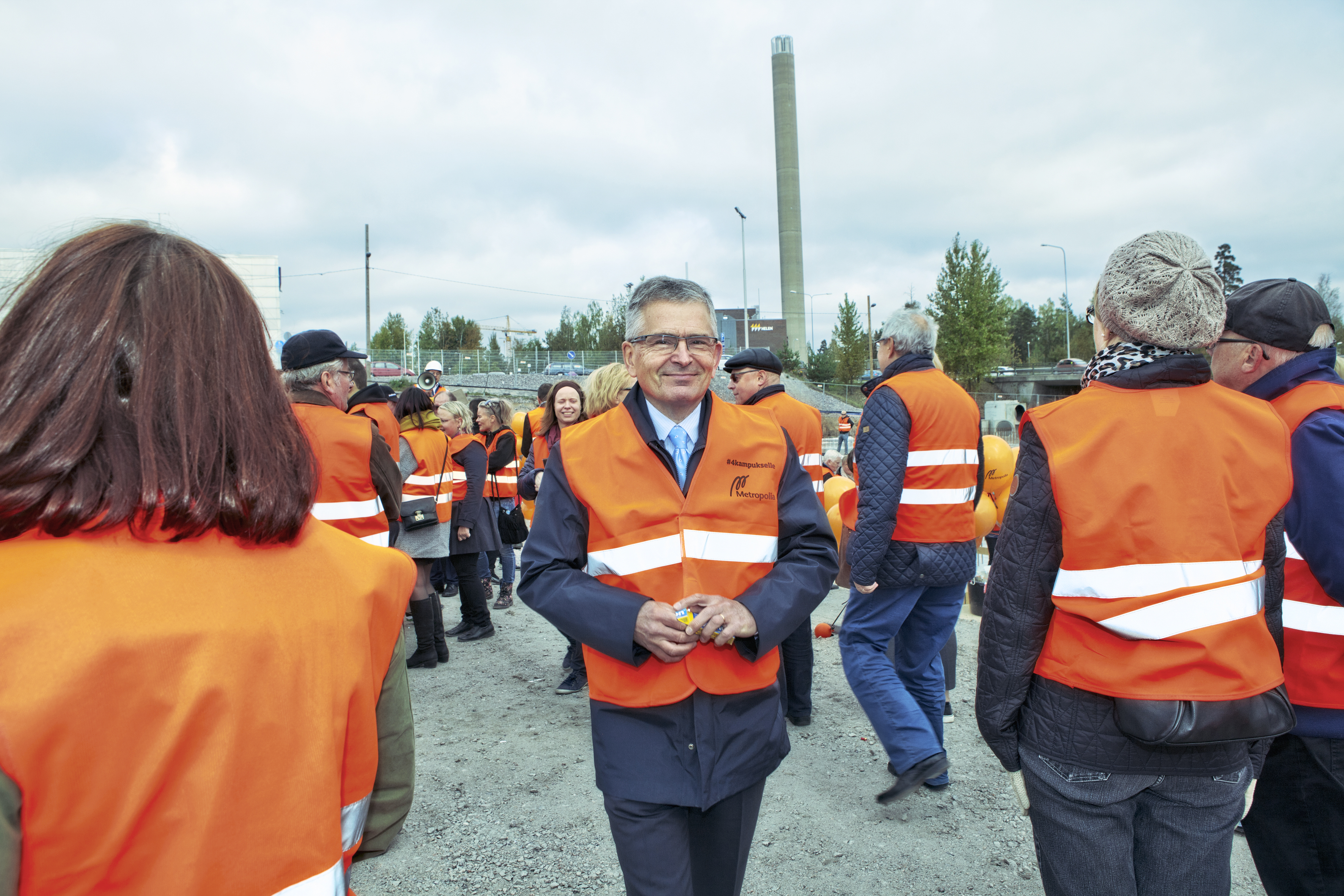 Also Myllypuro Neighbourhood Association’s chairperson Anja Malm brought greetings to the celebration. The Association itself celebrated its 50th anniversary and Metropolia congratulated the Association by giving Anja a swing made out of the wood which has been cut down at the site of Myllypuro Campus. The swing was made within the project From Forest to Campus. 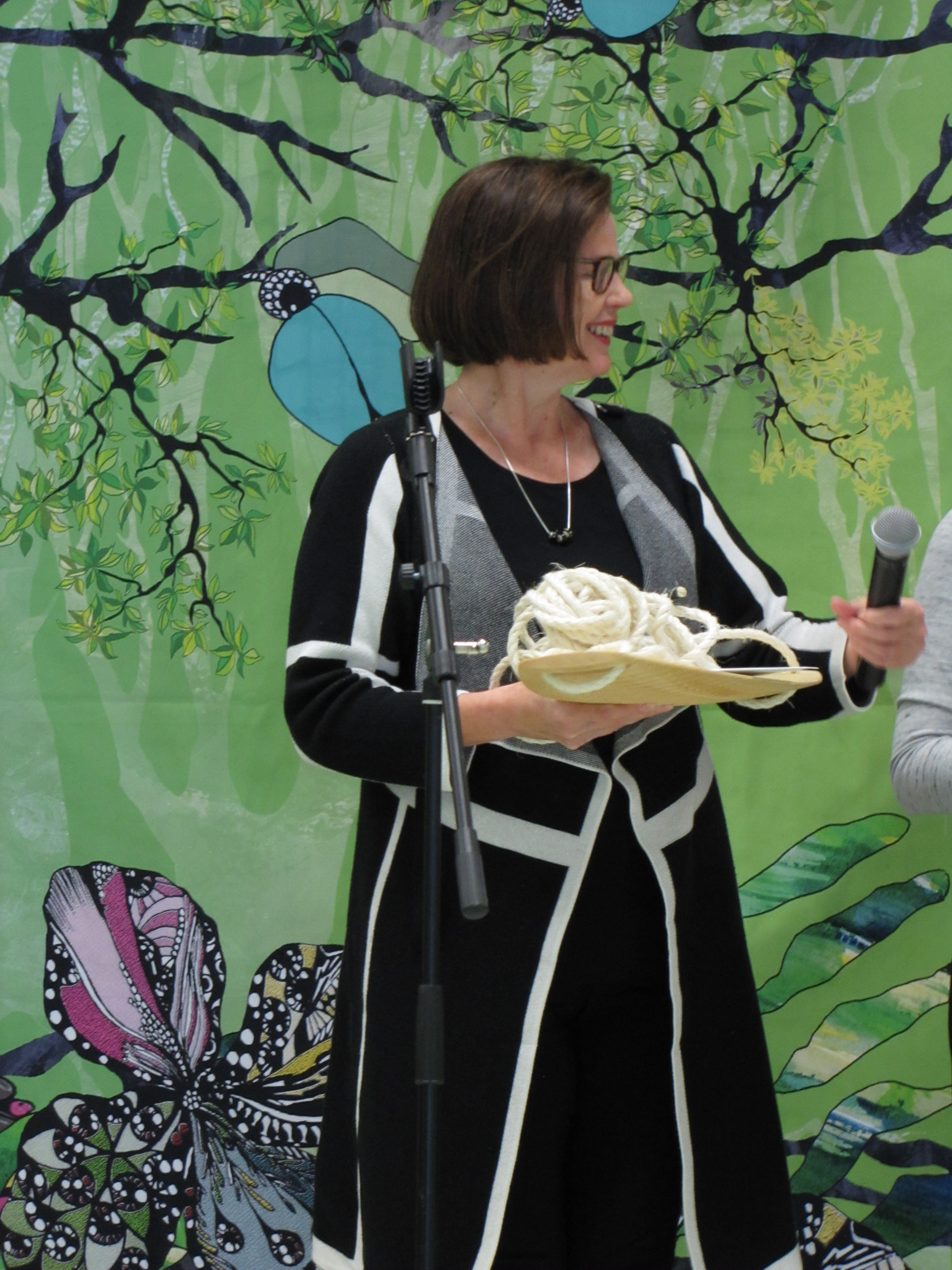 In this project furniture and artwork out of this wood from Myllypuro will be designed and manufactured by design students for the future campus.

Watch a video about the ceremony!
And check out 10 perspectives on Metropolia’s Myllypuro Campus!