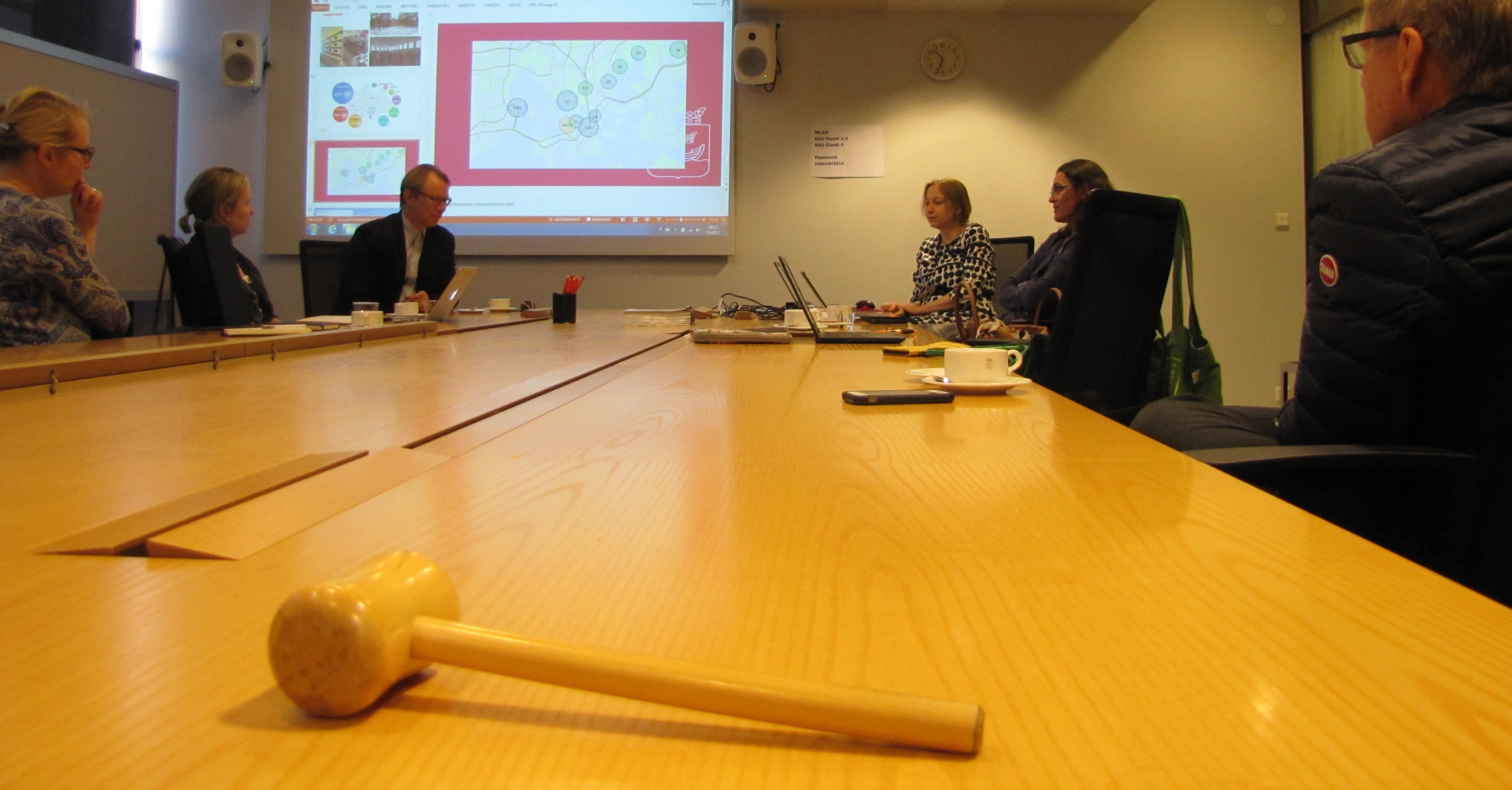 Experts of the City of Helsinki and Metropolia UAS gathered at the beginning of June to wrap up and reflect their learnings from the Livable City Forums Uppsala and Tartu. Both Uppsala and Tartu have long and esteemed academic heritage and as smaller cities, they differ somewhat from the context of Helsinki. Nevertheless, the Forums have provoked plenty of development ideas that can be applied in Helsinki and in the future Myllypuro campus.

The workshop focusing on the Kollaboratoriet, the hub run by the Centre for Environment and Development Studies made a strong impression on Taina: space and place for the meetings between disciplines and communicating with surrounding society is very much needed. However, the private sector participation could have been more present in the discussion. The collaboration with the business organisations is vital regarding the training placements and job opportunities for students.

– Thinking of hubs they are natural places to build up connections with companies, Taina said and continued:

– How will big enterprises find their way to the Myllypuro campus? The City of Helsinki should take the initiative in this matter and help companies to connect with the actors at the campus.

City’s University Cooperation Liaison Ida Björkbacka noted that Uppsala is truly a university city and the strategic thinking seems to based on the strong presence of the university.

– Uppsala’s example can inspire us to share the achievements of higher education and city collaboration more widely as part of city’s communication, stated Ida.

City Planning Department’s Architect Mikko Näveri participated the Livable City Forum Tartu and was especially taken by Professor Frank Witlox’s presentation and list he had formulated of the similar factors to be considered both in campus development and in urban planning. 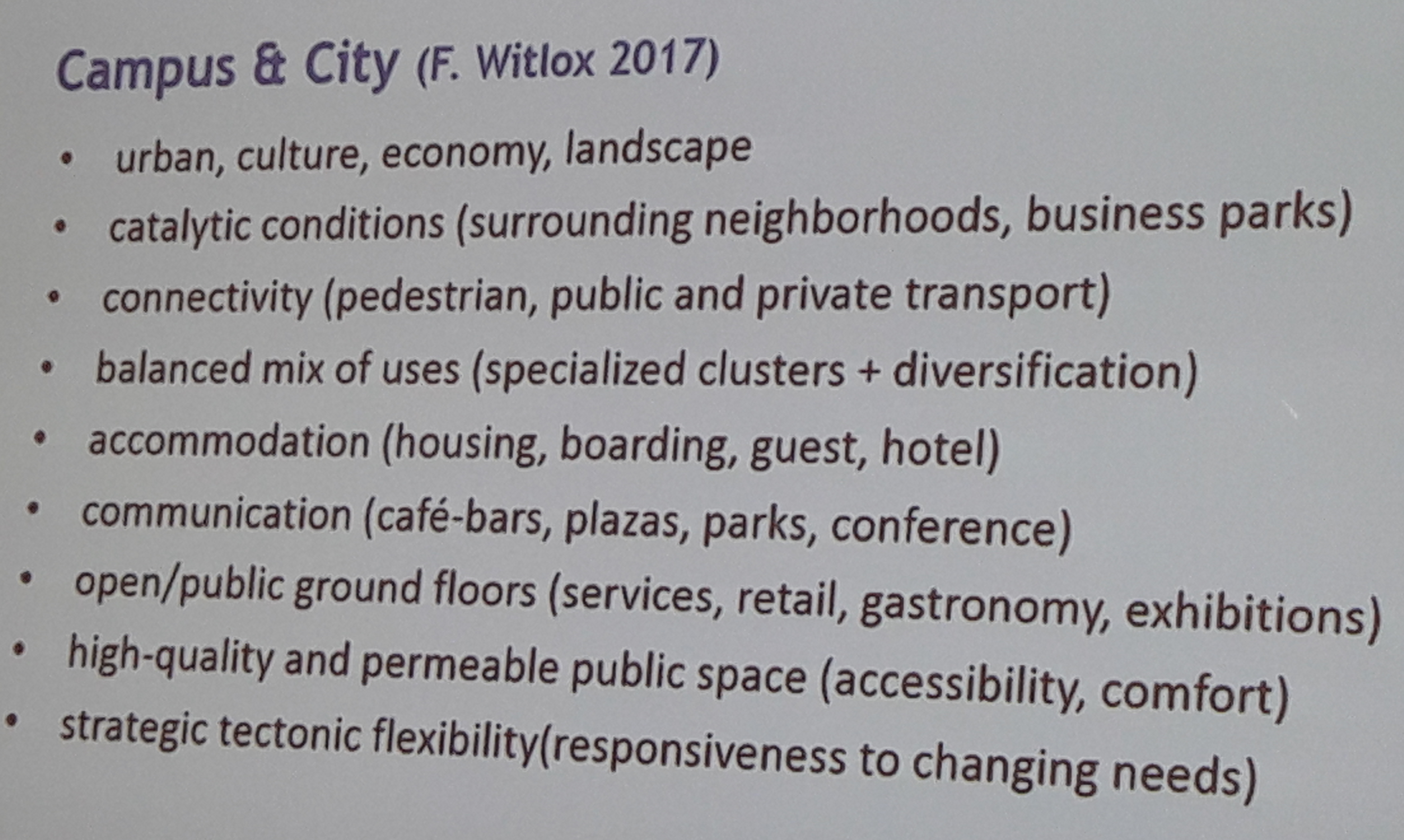 Mikko complemented the list with two items of his own: sufficient compactness for people to run into each other and meet and aspiration for beauty.

– It is important that these factors are to be found at the campus. Are these met in Myllypuro, and if not, how can it still be improved? As said, closer collaboration with companies is needed. For example regarding the creating place for meetings and interactions, the campus will unfortunately be a bit old fashioned with only one big restaurant rather than variety of choices and different spaces, Mikko summarized.

In addition to the campus restaurant there will, however, be other services targeted benefiting the residents of Myllypuro, e.g. well-being and therapy services provided by students and weekly happenings by the library in which different services and operation will be presented. In this way Metropolia hopes to attract local people to come and meet at the campus.

In the closing statement, Project Manager of the Live Baltic Campus Päivi Keränen addressed the urban mobility, which was prominent theme in Tartu. Supporting sustainable transportation is no less important in Myllypuro and one practical consideration is the bicycle parking at the campus. Metropolia’s design students have created a service concept for a new type of bicycle rack and implementing it on the campus would be a strong message for promoting both cycling and students’ talents.

What is the Livable City Forum?

Livable City Forums are about hearing true-life examples of strategies, methods and partnerships utilizing design thinking for better and more sustainable urban development. But more than this, you’ll also get to experience the methods at first hand!

The project Live Baltic Campus organizes a series of four Livable City Forums – the first was held in Turku and Helsinki in June 2016, the second in Uppsala in November 2016 and the third in Tartu in March 2017. The fourth and last Forum will be held in Riga in October 5-6, 2017.