Myllypuro will be the home of the future campus of Metropolia University of Applied Sciences, introducing some 6000 students and 500 members of staff to the area. What will be the shared goals for the city and campus, and how can their actions be aligned in the future? How could this cooperation show up in the local cityscape?

These questions brought expectant atmosphere and local people to the resident house Mylläri on 2nd of November, eager to learn of the future visions for their neighbourhood, based on their ideas and insights. On an invite from the Live Baltic Campus, Uusi Kaupunki, “the New Urban” architect collective, had organised a participatory workshop a couple weeks earlier, and since then, translated the notions collected into spatial concepts. Now it was time to present.

Uusi Kaupunki’s planning teams from the offices Studio Puisto, MUUAN, JADA Architects and Architects Rudanko + Kankkunen had each created their own vision:

The starting point for Studio Puisto’s vision ‘Green Thread of Myllypuro’ was complementary building and how that would be done with respect to the nature and its verdancy, which are broadly considered as strength for Myllypuro. Architects suggest that the need for infill development, posed by the expected increase in local population can be met by building annexes to roof floors, and thus, conserving the nature. Nature areas could also be developed with multiple profiles, to cater the different recreational needs of the residents. 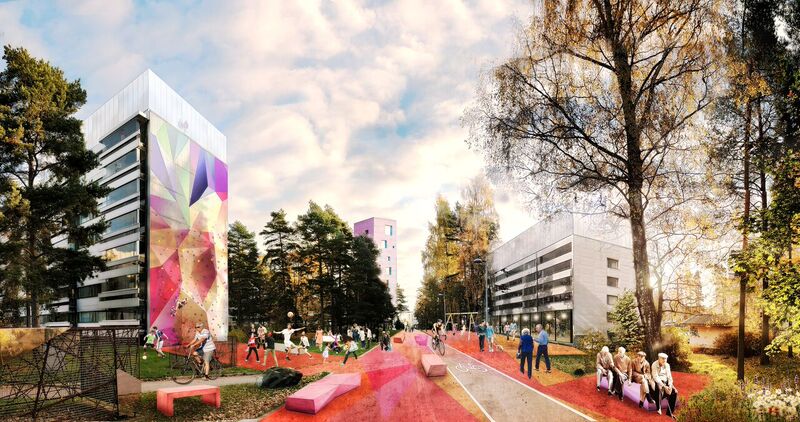 The development of different sides of well-being was emphasized in ‘The Loop of Myllypuro’, the vision of design office MUUAN. Myllypuro already has multitude of excellent wellbeing activities, some of which are not well-known. The vision categorises services and activities and provides a platform, a wellness path, for both existing and future actors. The focal point of proposition is the development vision for the sports hall Liikuntamylly and its close surroundings, where the future campus will also sit. 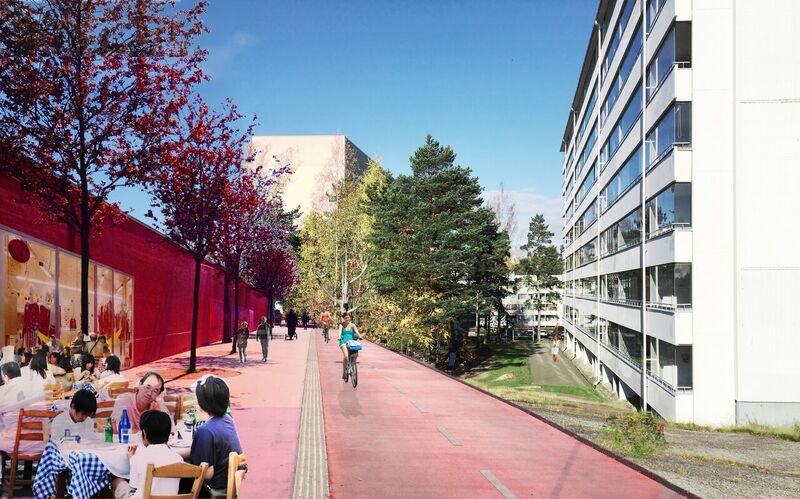 JADA Architects in turn see Myllypuro as a potential pilot for change. In their vision, ‘City Campus’, they propose that local growth could be generated by introducing innovative approaches, such as time banking, local currency and services. Whenever possible, the resources and financial support should be aimed for the projects developed together with the local community. 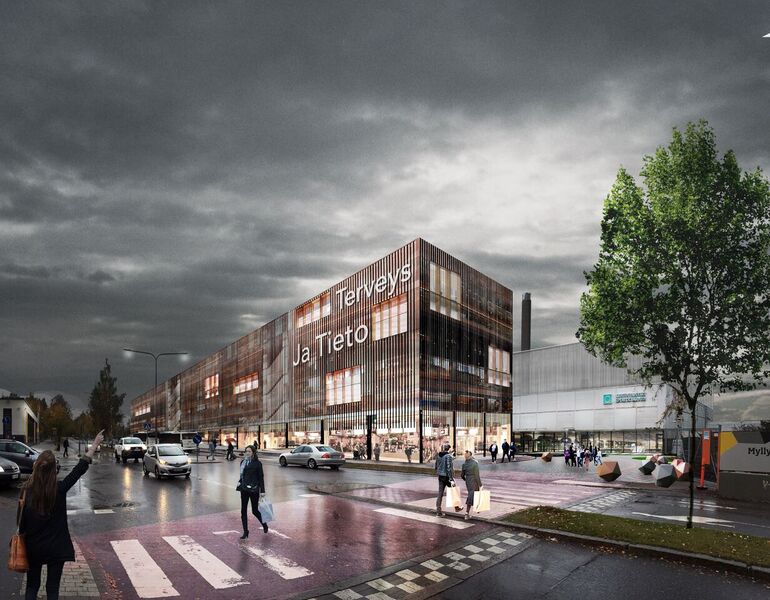 Architects Rudanko + Kankkunen created a vision ‘Myllypuro Space Mill’ developing from an idea of regional know-how hub. With the overall concept of metro and its human flows as a stream powering a mill, the urban hub would be located above the tracks. The placement would transform the current urban structure divider into a connecting place with plenty space for laboratories, innovation hubs, office spaces and shared showroom. “Big Bang is possible, when motivated actors are brought together” contest the architects.

The presentations evoked lively discussion among the audience. Questions were raised about e.g. wind conditions, private motoring and maintenance of roof yards and lastly: “What will happen to these visions – will they be carried out?”

Project manager Päivi Keränen assured that the work is continued, although the project Live Baltic Campus is already drawing towards its end. The visions will be included as part of the integrated campus development plan of Myllypuro, which is currently being finalised in close collaboration between Metropolia and the city of Helsinki. Thus, they will be presented to the city officials and decision-makers of Helsinki and will also benefit the campus development activities of Metropolia.

The Myllypuro visions and other take-aways from Live Baltic Campus will also be shared at the Helsinki Wrap-up held in exhibition and info space Laituri on 19th of December. Welcome!

Take a closer look to the visions! (in Finnish)