Tornakalns is one of central areas of Riga in Pardaugava (the Left Bank) that has been modified little over the years, yet this area will undergo major changes in near future. Currently, the University of Latvia has started to work on developing an academic centre and a campus in Tornakalns. However, this is only one development project among several others targeted to this area, so the question arises – how to integrate various urban planning projects of this area and how to achieve the maximum synergy for planning Tornakalns as a united socioeconomic area? This question was on the discussion agenda for the invited project experts at the first meeting of the round of discussions for project Live Baltic Campus, which is being implemented in Latvia by Riga Planning Region.

Nowadays, developing an integrated urban environment that is in conformity with residents, environment, and entrepreneurship and would be able to provide a sustainable and well-functioning system, in which all aforementioned components coexist and reinforce each other, is a huge challenge worldwide. Tornakalns area could become an example of this urban planning method, provided that it is developed via an integrated design planning prism, says Mr Viesturs Celmiņš, social anthropologist and expert of the project Live Baltic Campus.

Campus of the University of Latvia 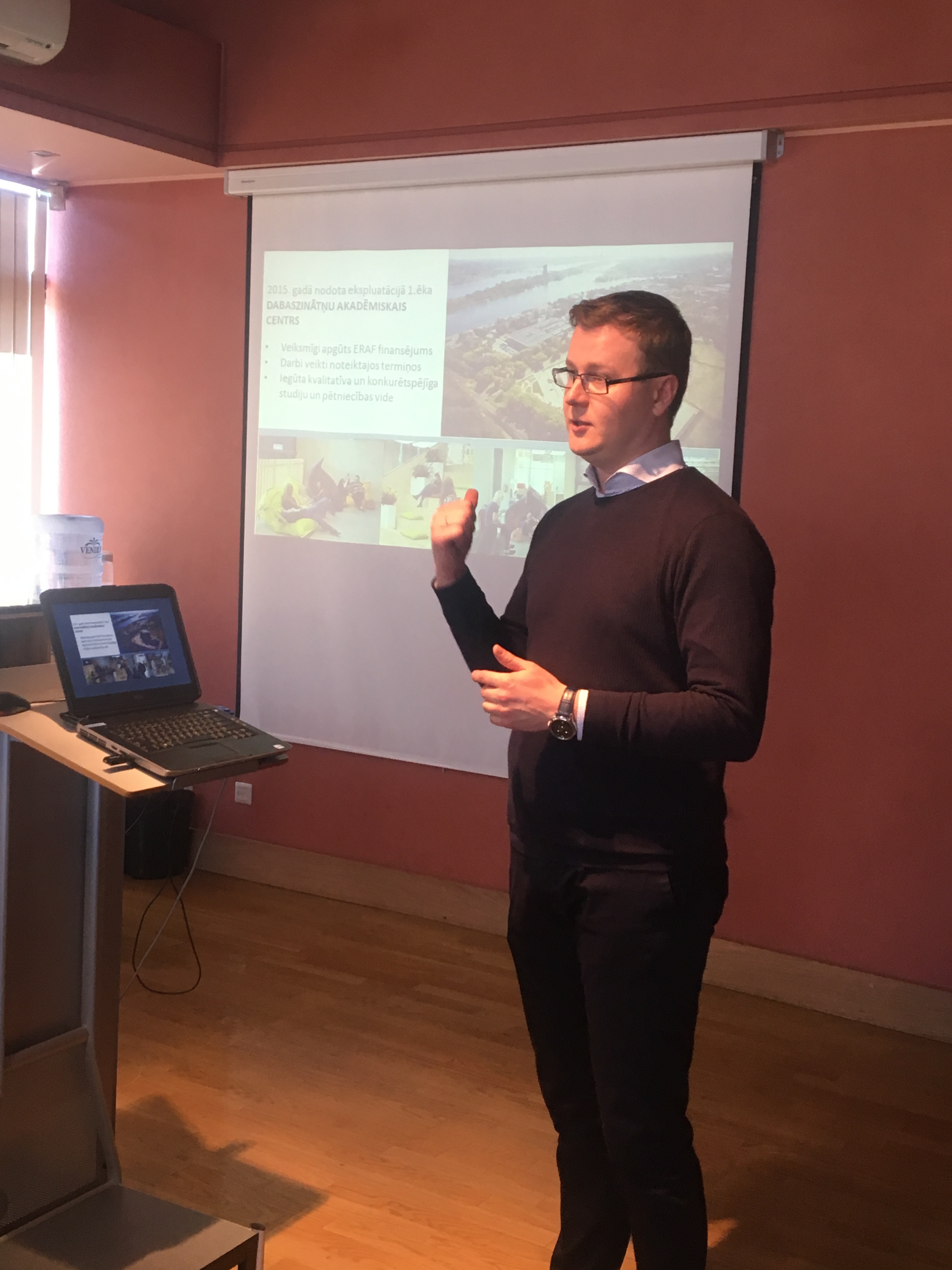 The idea about a campus appeared about twenty to thirty years ago. Initially, Kleisti, Rumbula, as well as Salaspils (first two are areas on the outskirts, whereas the latter one is a town near Rīga) were considered as potential locations for the campus. Nonetheless, Tornakalns was selected because it would be important for the campus to be located in Riga city centre. Mr Imants Klāvs, representative of the University of Latvia, mentions that there is a tendency worldwide to relocate campuses from suburbs back to city centres, as it has been done, for example, in Norway and the Netherlands.

Development of the campus is only at its initial stage. It is expected to build two other similar buildings, as well as student apartments for up to 2500 persons. The next building could host a number of scientific institutes, Faculty of Computing, Faculty of Physics and Mathematics, Faculty of Medicine, for which the study process currently takes place in four separate locations and also in various clinics. The third building is intended to become the Building of Social Sciences and Humanities. Currently, there are ongoing negotiations with the Riga City Council regarding the allocation of additional 2 hectares for the requirements ofTechnology Centre for Medicine and Life Sciences. Sports infrastructure is another aspect taken into consideration. The project is ambitious, but the University of Latvia intends to see it completed by year 2023.

Baltic Urban Labs is another project that is being implemented in Tornakalns area. The aim of this project is to enhance the urban planning by developing and testing a new integrated planning approach and cooperation model for the regeneration of territories adjacent to Mūkusalas street. This Interreg Central Baltic programme-funded project helps cities to revive certain territories by transforming them into smart, sustainable areas with high quality of life and work environment. As Ms Jana Grīnhofa, representative of the City Development Department of Riga City Council, indicates, this project will serve as a hallmark of good urban planning practices, because it will introduce a new cooperation model for urban planning – landowners, about 200 entrepreneurs within the area, residents, urban planners and architects also will be involved in the process in order to create a common vision for developing this area in the coming years. 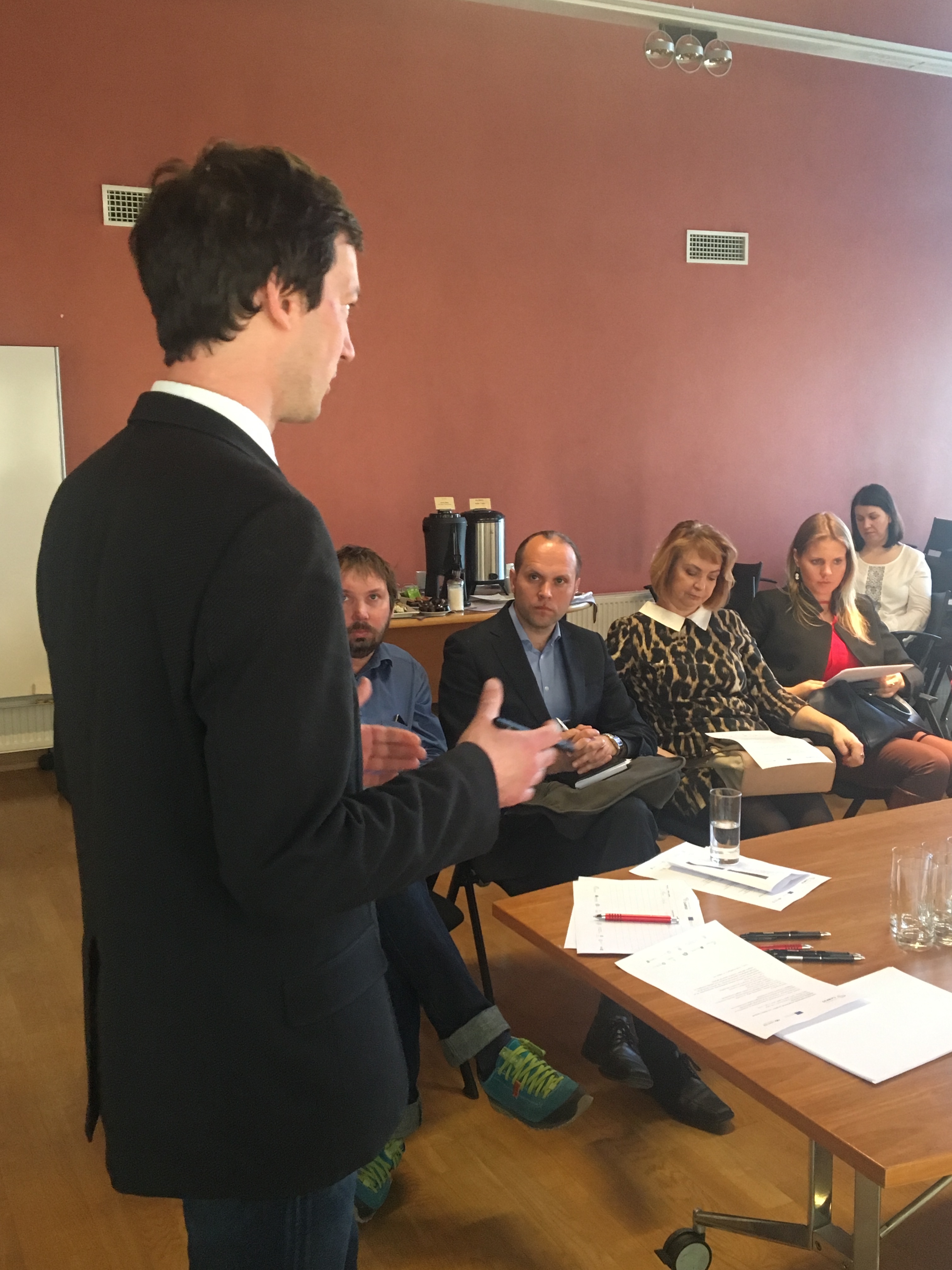 Urban Innovative Action is a recently commenced European programme, in whose framework Riga City Council has prepared the new project “Use of experimental methods for revitalisation of certain degraded territories and renewable planning for their sustainable management and governance”. This project targets to revitalise Kīleveins ditch and its surroundings. Scientists from the Department of Environmental Science of the Faculty of Geography of the University of Latvia, biologists from the Institute of Biology, Riga Technical University, as well as landscape architects ALPS, were addressed in order to secure that the project would be innovative. Necessity of sanitation, as well as implementation of phytoremediation and other innovative plans, creation of a floating isle with various plants – the idea of the aforementioned actions and several others is a foundation for the project. Kīleveins ditch and its surroundings are territories to which the project is targeted because this area is quite large and could serve as a place for walking or recreation for students, as well as locals. Within the project framework, it is also expected to give students a chance to conduct their practical, laboratory and monitoring tasks in this area.

Contemporary urban planning must also take the consequences of climate changes into account. More frequent and heavier rainfalls are among these changes; as a result, possible flooding of certain areas must be anticipated. City Development Department of Riga City Council is involved in the Interreg project iWater, which aims to develop an integrated storm water management within a modern urban environment.

Project representative Mr Māris Ločmelis informs that in Riga this project will be implemented in the surroundings of Daugavgrīvas street, by creating a common system by which storm water is collected together with wastewater and is directed to wastewater treatment plants in Daugavgrīva. An effective storm water collection system would benefit Kīleveins ditch as well, provided that the water flow is increased; currently the water flow is very limited and depends on flood-lands. Water level in Kīleveins ditch changes alongside the water level in river Daugava, thus there is a risk of over-flooding.

Concerning Tornakalns, Mr Andris Ločmanis points out that one must avoid the standard solutions, for example, collecting storm water by accumulating it in drainage pipes underneath streets and directing it to Kīleveins ditch. Considering that the area is not elevated and has a high groundwater level, it is clear that both groundwater and storm water are likely to cause problems. Therefore, a challenge to find an effective and visually attractive solution emerges. In order to find innovative approaches, as well as to open up new opportunities for cooperation, a contest for student ideas, as well as summer school for students and experience exchange for experts will take place.

On the round of discussions

Together with the University of Latvia, Riga Planning Region is involved in the project Live Baltic Campus, which aims at developing higher education institutions as innovation hubs by creating better urban environment for businesses and residents in Central Baltic area. The work on project will also transfer to Latvia the knowledge of how urban planners and developers can create a modern urban environment and how to integrate separate areas with the general plan of the city by using design thinking methods. Design thinking means an integrated problem solving approach that provides a widespread and smart involvement of the society in the process of developing urban planning ideas and solutions. Currently, there is an ongoing round of discussions with experts regarding the planning of Tornakalns area.