In or out?
Back to Blog 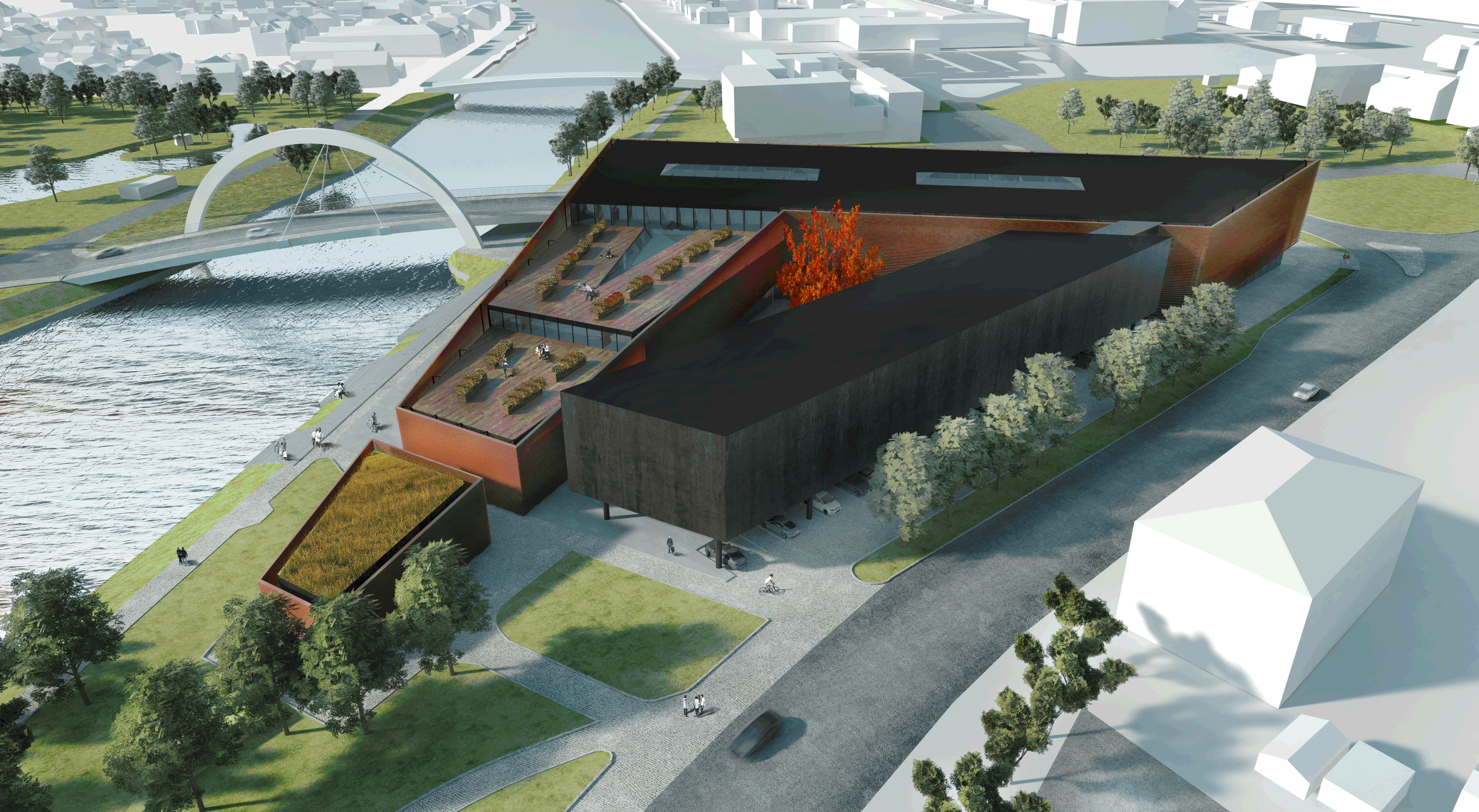 Illustration: “ICONICUM” – the winning design of the architectural competition by Architect11.

The new multifunctional study building Delta in the centre of Tartu

Finding the best location for a new IT study complex was the most influential spatial decision in the University of Tartu in year 2016. The principal question was whether the university is going to move another unit and a remarkable bunch of students away from the central town to Maarjamõisa science-and-technology-oriented campus or try to find a location within the city centre where the historical university campus is tightly interwoven with other functions of the central city. Tartu itself is a city with closely 100,000 inhabitants and has hosted the oldest university of Estonia since 1632.

Solving the dilemma was a task where the city government and university joined their forces. Furthermore, as the new study complex should also host IT firms in order to benefit from practice and provide expertise to business sector, the active IT cluster of Tartu also participated in the process. In addition, the local community was well involved in the discussion in virtue of the concurrently undergoing master planning of central Tartu.

The active negotiation process resulted with the decision to anchor the study complex to the central town on the banks of the River Emajõgi by replacing a smaller, already outdated study building and providing a decent infill to the undeveloped area in the urban fabric. This decision helps to revitalize the neighbourhood on the left bank of the river that had lost its historic settlement in the II World War.

The well visible position of the future study complex in the city centre required an architectural competition to be arranged. According to the principles of the competition, the complex had to provide a friendly contemporary urban space to the tenants and passers-by, activate the use of the banks of the river by an open frontier, and retain the sight-corridor to the old town, especially the town hall that is located on the other side of the river.

The winners of the competition – Illimar Truverk, Joanna Kordemets, Kristjan Lind, and Sander Paljak from the company Arhitekt11 – situated the complex well between the neighbouring park, river, existing houses, and transport routes, keeping in mind the requirements of the competition. The initial project is up-to-now modified to some extent, e.g. in order to reach a pedestrian-friendly urban environment with high quality landscape architecture, car parking is moved underground and the use of low-carbon travel modes is favoured by the spatial arrangement. Furthermore, special attention is paid on green energy solutions of the house.

The complex will have two main parts – the study building that is connected to the house of IT firms. The future tenants of the study building will be the Institute of Computer Science, the Institute of Mathematics and Statistics, and the School of Economics and Business Administration. In addition, special spaces are planned for the related student organisations. The firms of the Tartu IT cluster will build and host the other part of the complex. All citizens will have access to the complex by using the café of the ground floor. The café is located close to the river and is oriented toward the afternoon sun.

The multifunctional indoor environment will provide inspiring conditions for studying and working. In addition to lecture halls, seminar rooms, labs, computer classes, and quite traditional offices, the house will involve a variety of flexible and open workspaces and recreation grounds for both students and staff.
While right now the development is in the phase of engineering, we look forward to the opening of the new level complex in 2019!