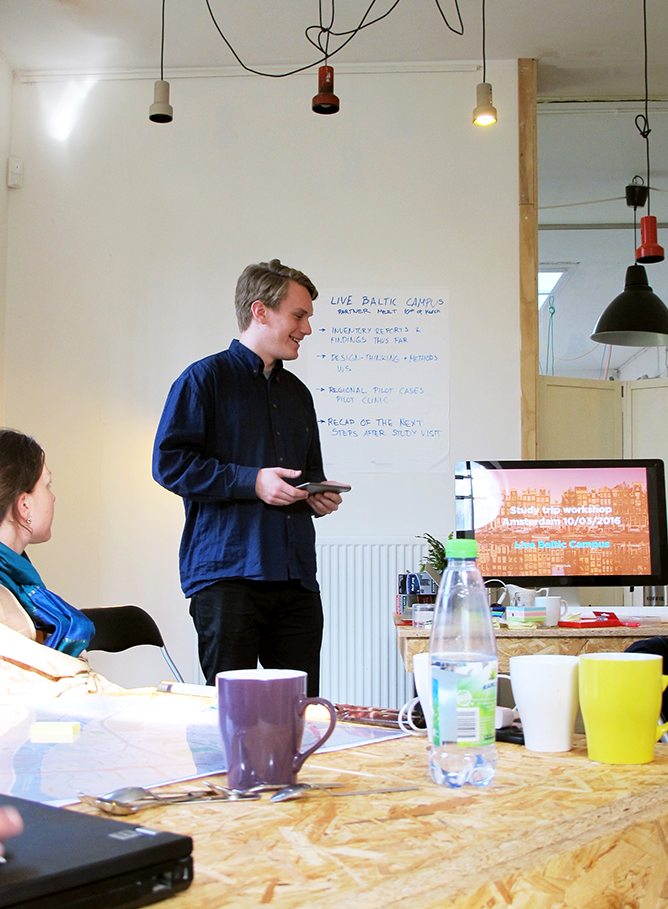 The Netherlands is renowned for its innovative design culture. We Finns, too, are often held to a high esteem for our tradition in design and architecture. Yet, practicing design today entails much more than pursuing functional shapes and timeless aesthetics – it is a set of tools to understand and solve real life challenges and a collaborative process that empowers people by helping everyone use their creative abilities.

Naturally, I was excited to take part in the Live Baltic Campus study tour, visit Dutch cities and absorb their contemporary perspective to design and campus creation. During the tour, I also put my own ideas into practice with a pilot workshop held in Amsterdam.

As my thesis project, I had been developing a concept that would utilise participatory design in campus creation. The objective was to contribute to the first Livable City Forum in Turku and Helsinki in June 2016 but also give people the means to continue using design thinking in their own campus projects. What ultimately emerged from my ideation was a map-based workshop concept and a toolkit to help put it into practice. The aim of this method would be gathering human-centred insights about local environment and creating concepts about local stakeholder cooperation. As my project was predominantly about collaborative ideation and teamwork, in order for me to move forward it was crucial to expose my ideas for the end users. 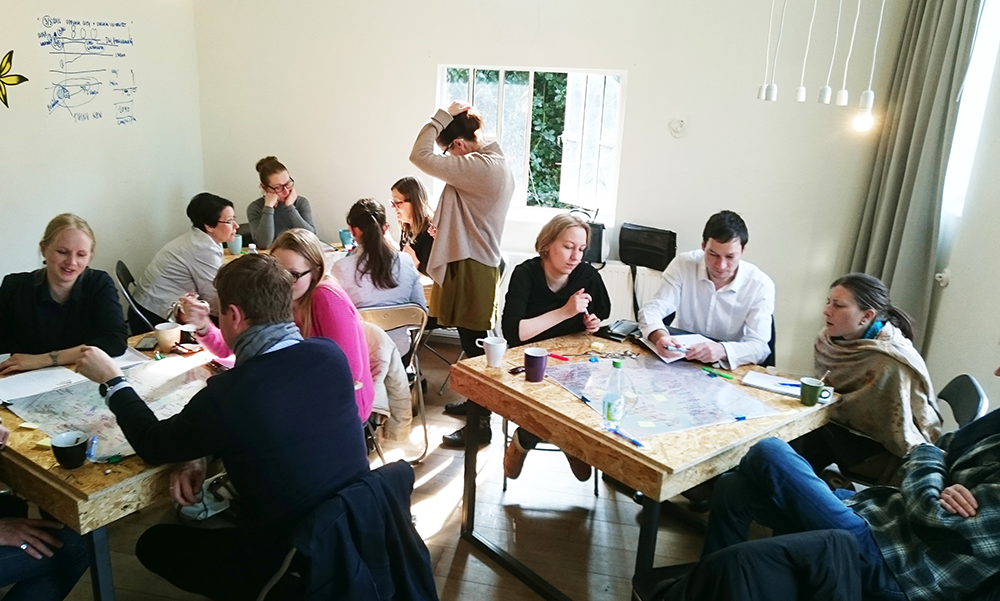 I organised a pilot workshop in the Thinking Hut co-working space in Amsterdam. There were people from Live Baltic Campus cities and each of the three teams had different maps: Riga, Uppsala and Tartu. During the two-hour pilot, people came up with insights and generated ideas about cooperation between local businesses and the university. At this stage, I had designed the workshop to mainly give me insights about the method itself rather than to solve the actual challenges related to campus creation that were to be addressed later in Livable City Forums.

Among many important findings was that my general idea of using a map in the workshop was applicable as it helped facilitate relevant conversations. It also enabled participants to establish a shared vision of the planning context. However, the pilot made it clear that street-level knowledge around the table was absolutely essential in order for the session to generate viable results. 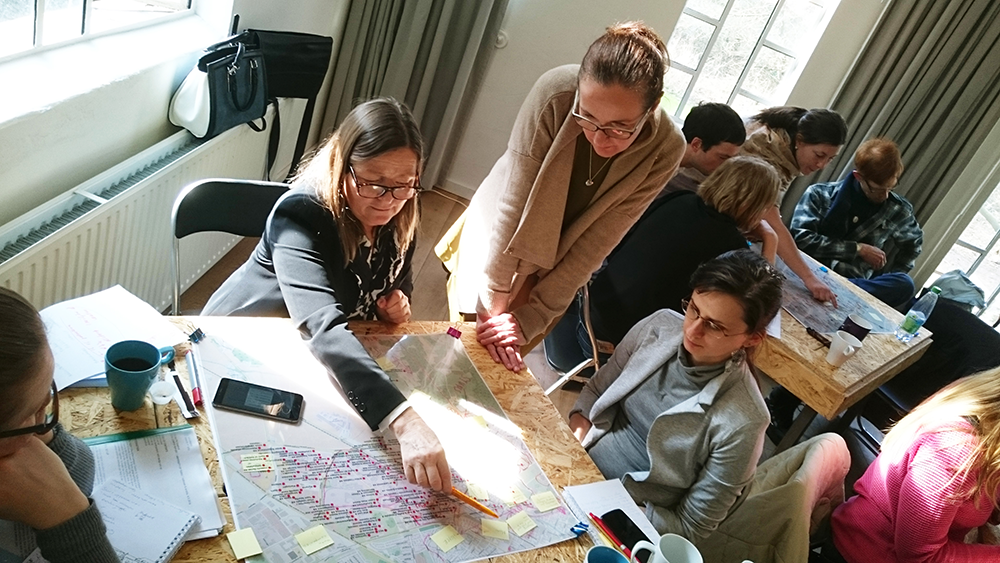 Conducting the Amsterdam pilot was the first significant milestone in my thesis process. Primarily, it helped me evaluate the potential of my ideas and revealed many aspects that still needed re-thinking. Secondly, it gave me some invaluable insights about practical matters regarding facilitation and organisation of a workshop. Still, the most valuable lesson by far was that in our profession there should be no hesitation about trying – only by exposing our incomplete ideas to our users are we able to take the process forward into a relevant direction. The Amsterdam pilot did just that.

N.B. Want to participate 1st Livable City Forum? Sign-up here by 30th of May! The event will be held on June 8th in Turku and June 9th-10th in Helsinki.