Sharing gems from the Netherlands and taking them towards Myllypuro!
Back to Blog 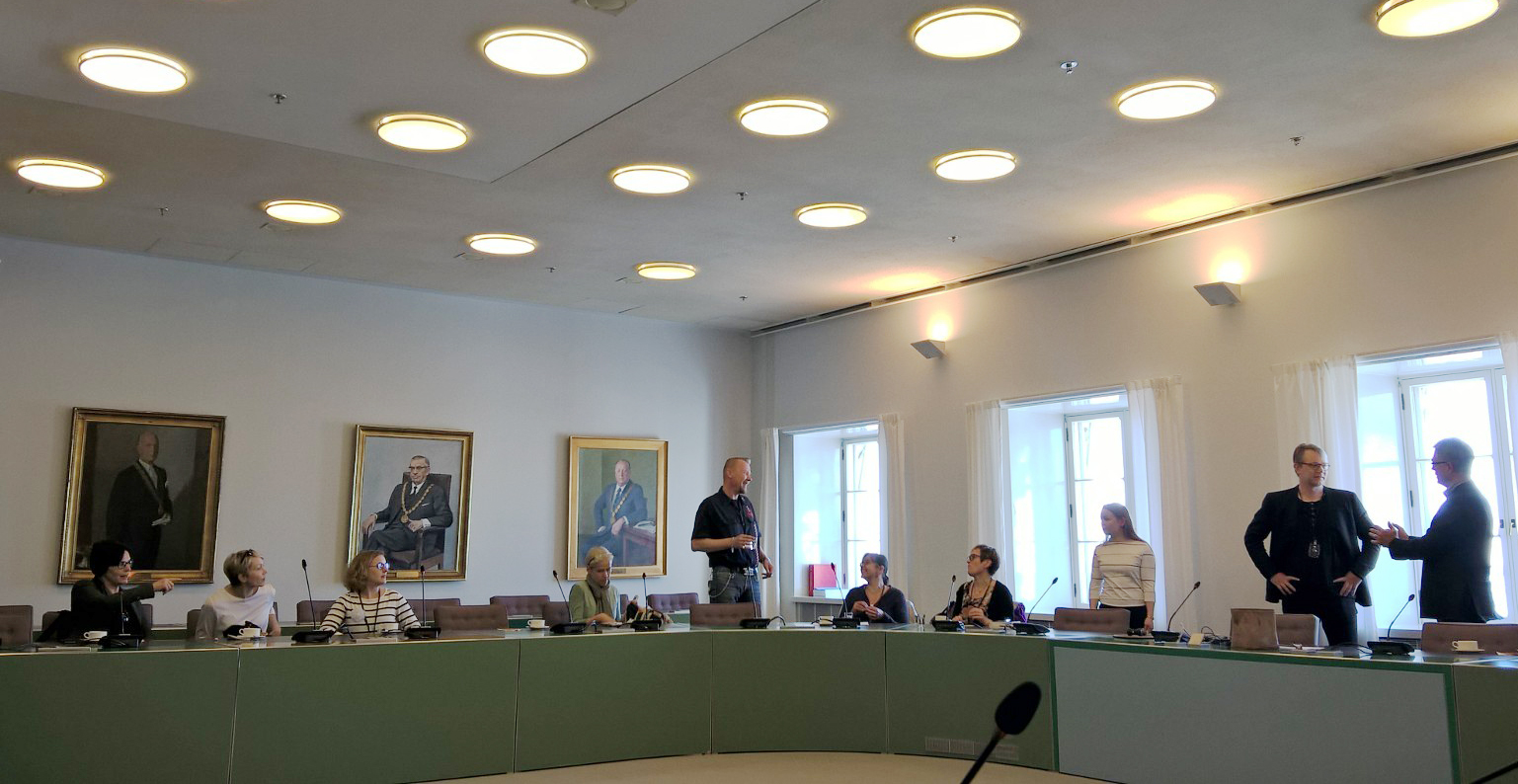 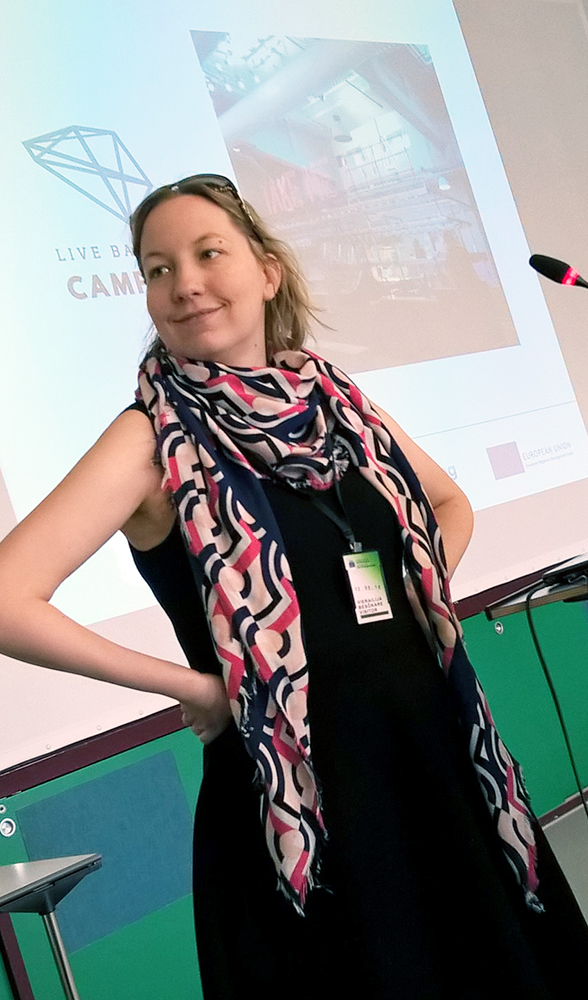 Live Baltic Campus Myllypuro pilot case moved forward with the Netherlands study visit wrap-up in the Helsinki City Hall on May 12th. Some of the key campus developers both from the City of Helsinki and Metropolia UAS came together to pick gems from to be implemented at Myllypuro Campus. The Netherlands expeditioners shared their impressions from the trip as well as their views on how these could be adapted to the Myllypuro. After each presentation there was a joint discussion about ideas and notions in regards of the future campus.

To be in the city centre or not to be?

10 Thesis for Campus Development (Alexandra den Heijer)
1. Design the building as a city – keep the best places public open for everyone
2. Reduce m2 – trade quantity for quality of space
3. Invest in visible quality – put your money to that what is meaningful, e.g. furniture
4. Embrace academic history – use heritage for branding
5. Avoid individual territory – no names on the door
6. Implement flexible concepts/space – mixed use but avoid standardization
7. Make it feel like home – home away from home
8. Allow students and staff decorate their own working environments
9. Make it a showroom – with the best products of students and staff
10. Make sure people can see each other work – for security, community building, serendipity, this all enables innovations

Senior lecturer Juha Ainoa from Metropolia, was especially taken with the thesis for campus development formulated by professor Alexandra den Heijer. Students are becoming more like tourists: there is a research to indicate that attractive country/city/culture comes immediately after the academic reputation when students are choosing the place for their studies abroad. This makes a strong argument for the campus be situated in the city.

Juha also brought to discussion that the decisions of campus development currently made by Metropolia are in many cases contradictory to den Heijer’s thesis’ – something to look into and discuss further.

The liaison for higher education collaboration Ida Björkbacka and Urban Academy Coordinator Annina Ala-Outinen from the City of Helsinki shared their findings about the co-operation between universities and cities.

The brand and stories have a significant weight in attractiveness of campuses. Both Ida and Annina were taken by the branding expertise in the Netherlands and saw this is something to be learned and reinforced in Helsinki.
– I was really impressed about how the same narratives – stories of mutual objectives and collaborative implementations – were used by both the university and the city. We should make ourselves a goal to find few common issues to be collaboratively worked upon and then create stories about those, Ida noted.

Both would also like to have higher education institutions involved in the brand work and the creation of new marketing strategy for the City of Helsinki.

It was noted that the science park concepts are not that appealing for Helsinki and currently there is more interest for the innovation ecosystems and the content. Annina found Smart Cities Center Eindhoven (SCC/e) very interesting in regards of her own work. SCC/e is a research and development unit collaborating as a Quadruple Helix between university, business, public sector and society/citizens.
– They had created common road maps for future intelligent urban solutions together with the city. Companies are strongly involved in the projects and the city functions as a test platform. This is something we would like to bring more to Helsinki, Annina underlined.

Development potential of campuses is still not utilized to full extent and not all campuses are connected as part of the city. The key question is how to attract more synergy? This is something that can be experimented in Myllypuro! 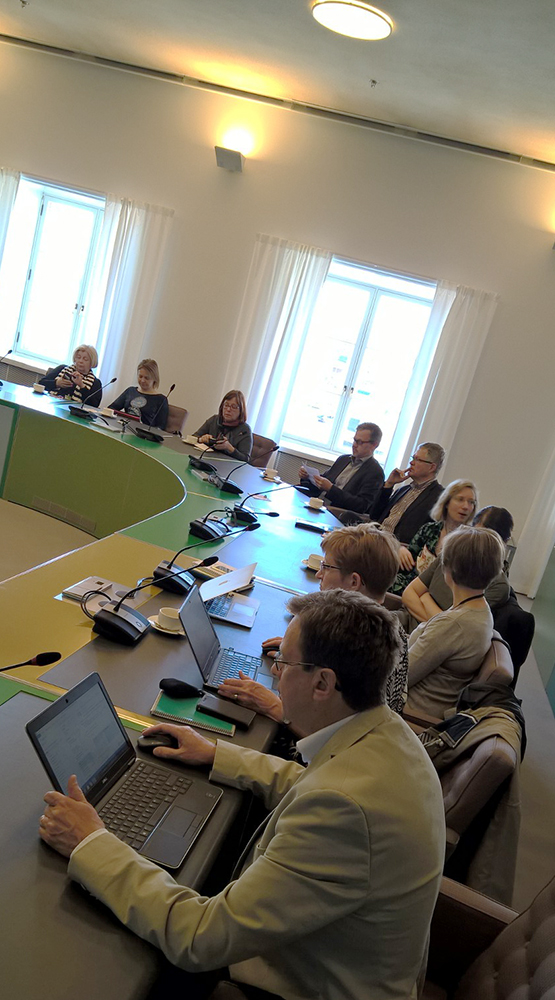 Business Advisor Malina Pursiainen from the City of Helsinki took the perspective of entrepreneurship:
– I really liked the fact that there is real cooperation in the Netherlands. Cities, universities, students, firms, startups – they all worked towards the same goals. I wish that we could have even more of this kind of approach here in Helsinki, Malina summed her thoughts.

Malina was impressed that Rotterdam Erasmus University is genuinely a part of the city: campus is open for everyone and there are lots of services in the area. Especially the food court of the campus with several restaurants owned by private entrepreneurs pleased Malina as well as the fact that buildings and spaces were convertible: if needed the new campus buildings can be converted e.g. into hotels or residences in the future.
– It’s good to remember that we have good examples of cooperation between universities and business in Finland as well e.g. StartUp School of Haaga-Helia UAS. However, we should still work on promoting more positive attitudes towards entrepreneurship and encourage and facilitate students to become entrepreneurs, Malina urged.

Myllypuro is the campus, not only the building itself

Project Manager Kimmo Kuisma from the City of Helsinki concentrated on the campus development from the regional urban development point of view. He encapsulated his study visit findings to five points:

1. The common strategy of cities, universities and key companies stood out strongly both in Eindhoven and Amsterdam: the city and the university both have the same strategic policy, which are visible in the operation and goals of both organization.

2. City as a campus or campus as city – Helsinki is very different city from Delft. Kimmo saw a definite communicational and branding challenge in Helsinki as both Metropolia and University of Helsinki have campuses scattered around the city. Myllypuro Campus, nevertheless, is still in a good position as it is very accessible via metro line.
– What I learned during the study visit is that we have to change our way of thinking. The campus is not just the building. The whole Myllypuro neighborhood should be seen the campus, including the higher education institute, superb sport facilities, commercial services and metro station. The brand can be developed from these factors, Kimmo underlined.

3. Flexibility came up clearly many times in different ways during the study trip. It was seen in the both the activities and in the planning of physical environment, e.g. premises are shared, which leads to shared knowledge and innovations.
– The universities, cities and companies all really made effort to enable the implementation of novel ideas. Rather than to saying no, there was a spirit of co-development and a will to make things happen together, explained Kimmo.
In Holland it is also taken care of that the know-how will not disappear in the transition periods, e.g. after bankruptcy of a company. City can offer specific conditions that operation can continue.

4. Designing campuses where people like to be, study, work and spend time was clearly an important objective in the Netherland.
– This was reached through high-quality public space and interesting architecture, which were also perceived as success factors for the campuses, Kimmo said.

5. Is Helsinki Society 3.0? In society 3.0 ‘knowmads’, the networked individuals can be stronger than organizations and structural level cities are anticipated to become more influential than the states. Is Helsinki prepared for increase of sharing economy? How can we attract international talents and create them a path to stay within the region.

‘The Place to be’ is needed in Myllypuro 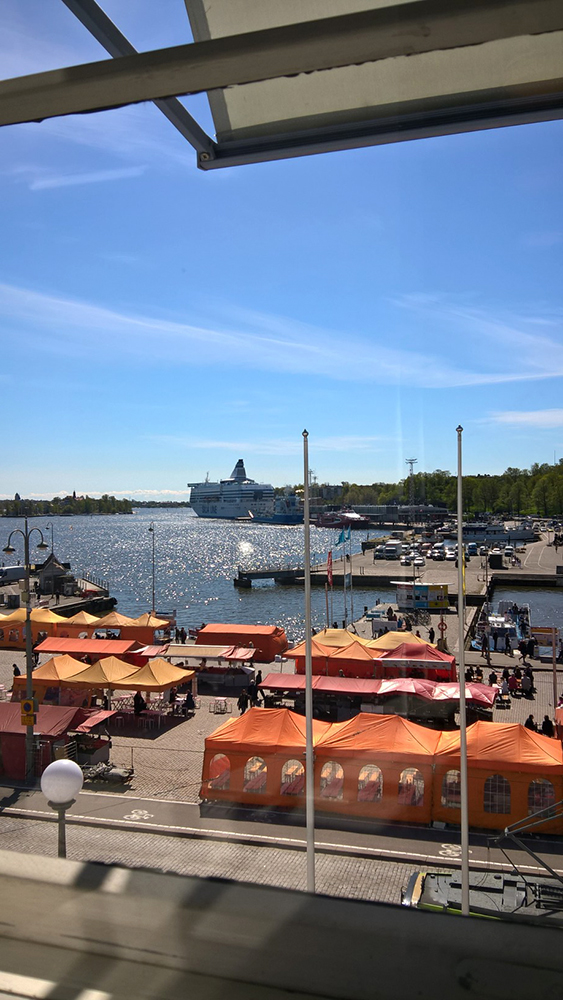 Architect Mikko Näveri from the City Planning Department of Helsinki reflected his findings to Myllypuro Campus:
– Rotterdam Erasmus University felt the closest and it possesses lots of good ideas, which can be applied to Myllypuro, Mikko recollected

He took special note on CULD’s concept to create ‘The Place to be’ – Be it indoors, outdoors or both, the Place should be central and high-class public space with quality architecture. It should be flexible and able to cater for a variety of events from everyday meetings to those larger ones, which spice up the daily life.
– This is something for us to start and think about regarding the Myllypuro Campus and its immediate surroundings. We should take the opportunity and create the Place both for the students and the residents on the square between the entrance of Myllypuro Campus and metro station. In my opinion a high-class outdoors space is still missing in Myllypuro and this could well be it, Mikko visioned.

City Planning Department is continuing to design and develop the surroundings of future campus: at first an idea level plan will be made by intern architect during the summer 2016, which will be then developed further by the city architect. Mikko invited Metropolia to join ideation – the first meeting will take place before the holidays. Creation of the Place will also be addressed by Metropolia’s students on a multidisciplinary innovation project taking place early fall 2016.