Prototyping and testing ahead in Turku!
Back to Blog 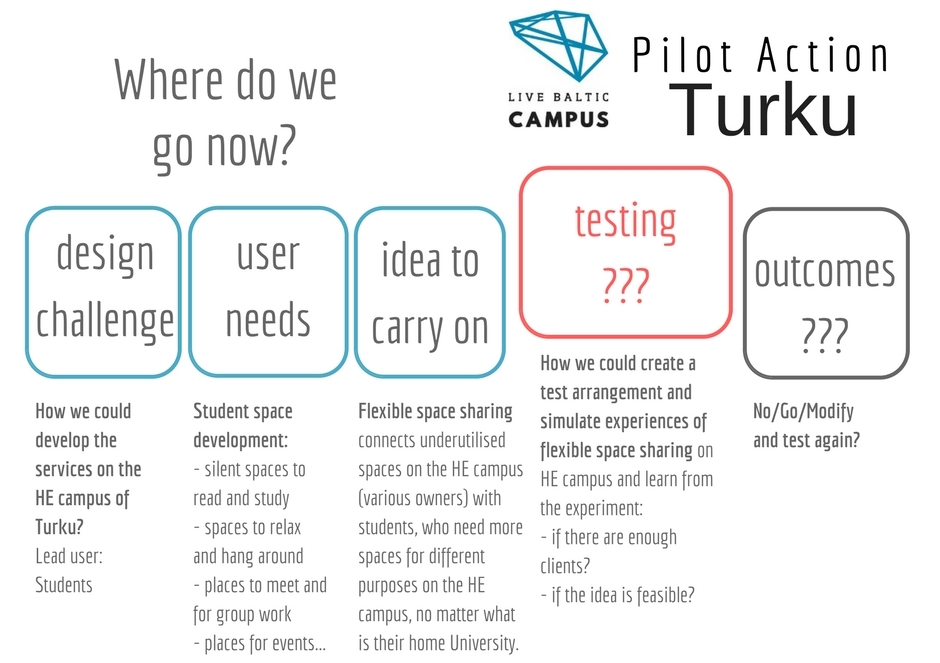 In the pilot project of Turku, we are in the phase of actually making experiments and test the idea of Flexible space sharing on the HE campus in Turku. We have proceeded by following an experimental development process, and are at the moment in the stage of planning, how to test the idea in a real-life context but still affordable?

Flexible space sharing connects the findings so far. There are empty and under-used spaces on the HE campus by various owners. There seems as well to be lack of easily available spaces for students for various purposes, and all over the HE campus. How we could make them match?

Applying design methods means basicly that those affected by development outcomes should be involved in the development process. The proposals for improvements should be tested in early phases with help of engaging experiences to avoid too late interventions and loss of resources because of a non-fitting problem-solution.

The main aim of testing is to learn about the service at hand and about the users. Are we creating something new – and is the idea working at the first place, or should it be modified and made better? Is the idea feasible? Would it have enough users?

There is propably no fits-for-all solution, how the testing should be planned and run. We have for example made an idea canvas to understand our idea better, and to be able to plan the testing of the idea better. In the actual testing phase, we need to have a proto of the space sharing service, testees and means to collect feedback from the testees. At the moment, we continue to develop the prototype of the service. For one thing, we are looking for interested space owners to collaborate with. Secondly, we organise a small workshop. The aim of the workshop is to ideate with a small group of HE students, what kind of different spaces we could test and what facilities there should be? The plan is to be able to run the testing of Flexible space sharing in between the March and April 2017 on the HE campus of Turku. 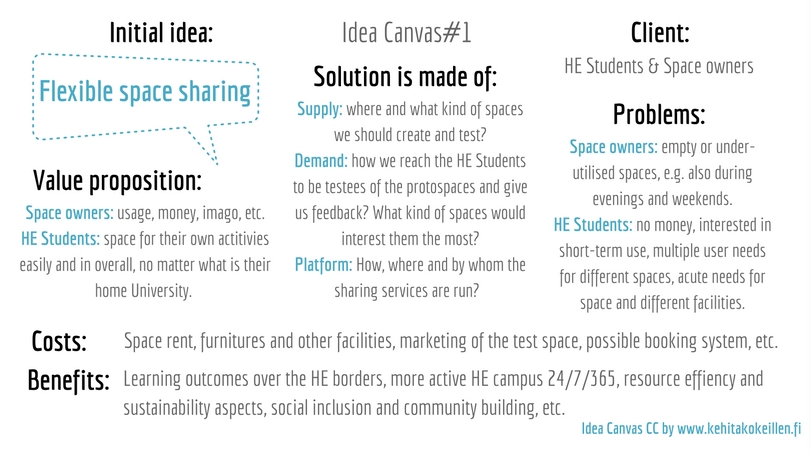