RISEBA FAD Research Meeting: The Future of Academic Campuses in Riga
Back to Blog

On April 6, the Live Baltic Campus project partners in Riga gathered at the Faculty of Architecture and Design of RISEBA University. Under the thematic auspices of the Knowledge Mile in Riga, the meeting was dedicated to the mid-term review of the extensive original research performed by architecture students concerned with the future of academic campuses in Pardaugava, an area on the left bank of Riga. RISEBA research has grown out of the EU INTERREG project “Live Baltic Campus” (LBC) and is its strategic partner in contributing to the development of the UL campus and Riga’s Knowledge Mile concept.

The meeting commenced with pointing out the unique turning point for the area of Pardaugava, with some of the largest national universities — University of Latvia, Riga Technical University, Riga Stradins University, RISEBA University, all within a walking distance from one another — developing their campuses at a similar time frame.

During the last two months, the architectural studio of 10 students and 3 tutors has focused on the future of academic campuses as a constitutive element in our current economies, cities, regions and states. The core of the study looks at the area in Pardaugava defined by Riga City Council as the future Science and Innovation Center (ZIC) in Riga. Given the fact that the campuses are located in relative proximity, the studio work has been dubbed RISEBA’s Knowledge Mile research, thus recognizing the fact that the campuses are going to be not only among the main drivers of academic, economic and social development in Riga for the next 10-15 years to come, but also transforming the housing, mobility and public service dynamics in the area.

The studio work is comprised of several stages:
– Researching and developing a theory of the campus;
– Analyzing both local circumstances and the best international practices;
– Creating spatial scenarios for the area to arrive at a synthesized proposal.

The sequence of activities is meant to be reflexive rather than linear, and it strives to form a more sustained and robust alternative when compared with the current, official policies.

The presentations during the meeting reflected several important aspects covered by the studio during their reasearch. For the first month, the students had spent time researching the early, historical forms of academic campuses — knowledge centers like monasteries, centers of power, etc. Subsequently, the students had looked at campuses as sites of utopia — great places for thinking, innovating and experimenting. The studio also presented their findings from researching commercial campuses and various forms of campuses all around the world.

Before looking at Riga, the group paid close attention to what was called ‘money, power, politics’ in the Baltic region and in Riga. Split into four groups, the students had researched all four campuses in Pardaugava and created a list of challenges and opportunities these campuses were facing, all presented in captivating, creative, well thought-out presentations. 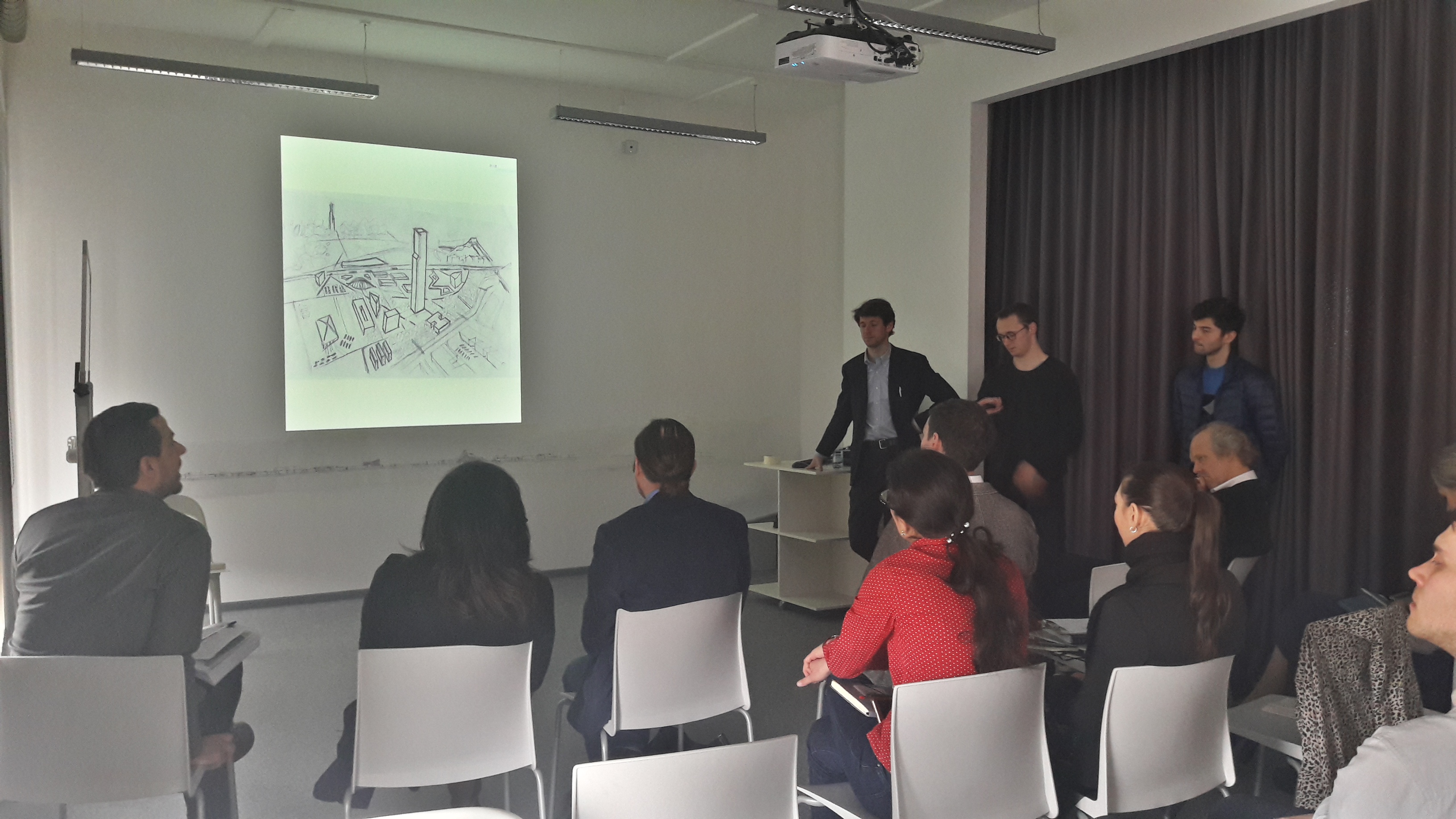 During the last part of the meeting, students presented their efforts and proposed various educational programs, transport and public space solutions and services to improve the vicinity of the University of Latvia campus, which includes also the planned multi-modal transport hub, Rail Baltica shuttle terminal, as well as a range of other institutions and infrastructure development plans. 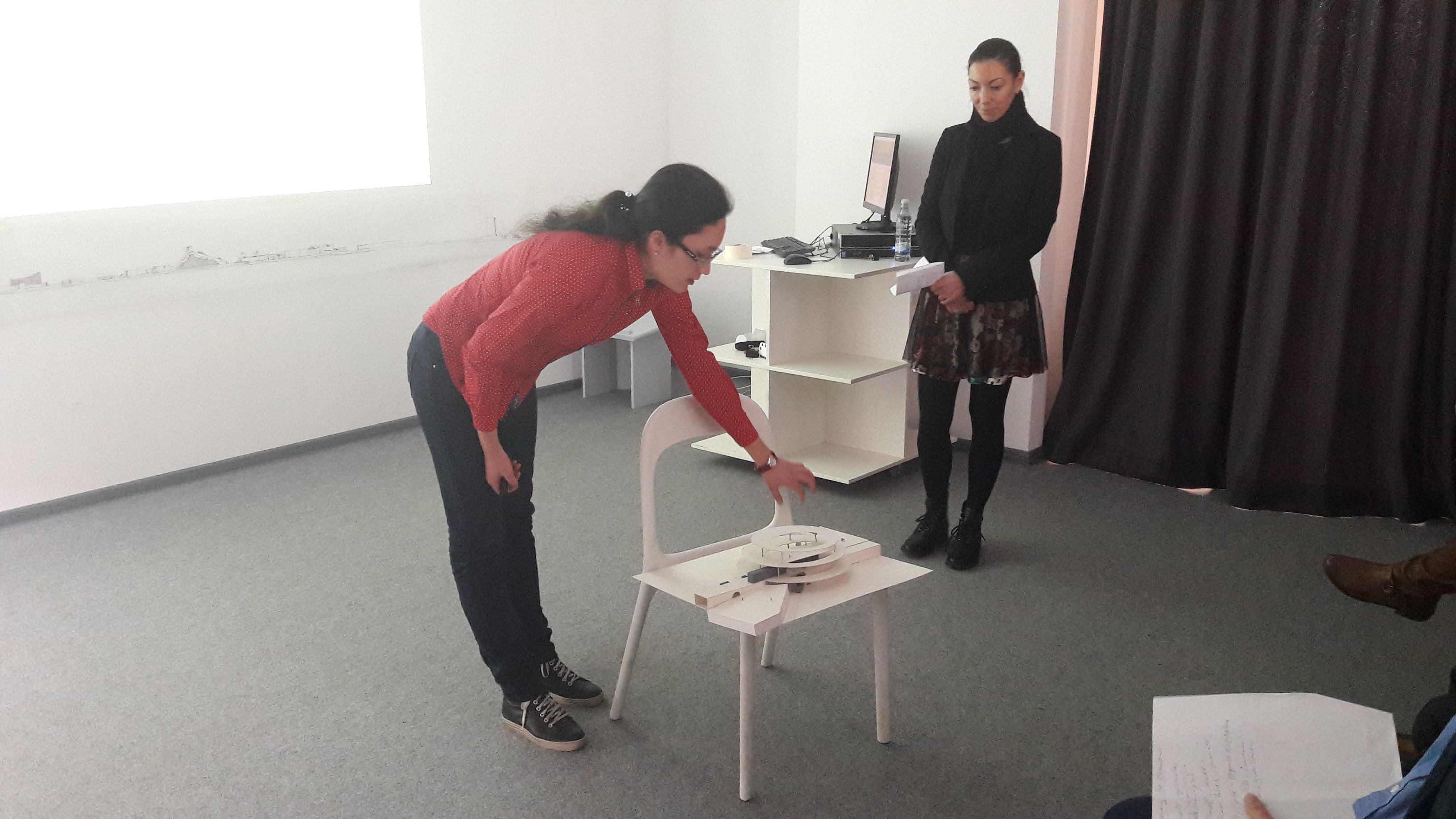 For the remainder of the study course, the students will research and develop an integrated proposal for the UL campus territory, as well as a broader view of the possible network opportunities among the other academic campuses in Pardaugava. The outcomes and visual material of this highly original research will be presented in a final review on 24 May, as well as at the Livable City Forum in Riga, 5-6 October 2017.

In the meantime, stay tuned for our next meeting with RISEBA students — it will take place in a joint student workshop organized by the UL LBC team on 27 April at the Academic Centre for Natural Sciences. Architecture, geography and spatial planning students, accompanied by recognized experts and stakeholders will be discussing the benefits and disadvantages of the planned bypass section that, if implemented, will cut the UL campus in half, and the multi-modal transport hub to be constructed just outside the Tornakalns campus.

The project was represented at the meeting by LBC project coordinators Anita Kazina and Diana Orlovska, as well as the head architect of the campus development team Ineta Tumasevska, all from the University of Latvia; Dace Grinberga, Ilgvars Francis and Emils Rode from Riga Planning Region, as well as several project partners — Guntars Ruskuls from the Riga City Development Department and Aleksandrs Feltins, architect and project manager at the office of the Riga City Architect. The meeting was hosted by Viesturs Celmins, one of the tutors at the RISEBA FAD and the LBC project coordinator at the University of Latvia.