A Critical Perspective on the “Smart City” Model
Back to Blog 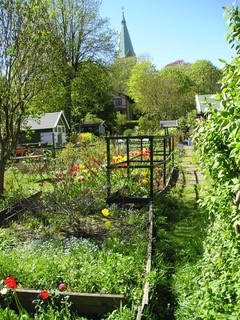 As urban ecologists interested in urban design we have increasingly been exposed to the smart city model (SC-model) at various planning conferences, nationally as well as internationally. “Smart City” has quickly become a present-day “buzzword” in the current debate on sustainable city development. Recently in Stockholm we attended the FORMAS breakfast meeting on the theme: “Smart cities – how can we meet the current and future challenges through digitalization?” It came as no surprise to us that public authorities involved in the decision making process, have embraced the SG-concept and turned it to a key instrument for making the Stockholm region more sustainable. Stockholm has the ambition and goal to become the world’s smartest city by the year 2040, having the dual ambition to create the best quality of life for the citizens and the best climate for entrepreneurs. Innovative, transparent and sustainable is the smart city’s motto, and the work must be climate, socially sustainable, democratic, viable and economically sustainable.

As we learned from the Live Baltic Campus field trip to Holland in March 2016, the “smart city” is a vision of sustainable urbanization and urban development through the innovative use and integration of Internet-based information and communication technologies (ICTs). The vision is made possible, so they say, by increased connectivity, open data access, integrated platforms, sensors and other technology.

As urban ecologists we support developing smoother traffic systems, providing citizens with more easily accessible information, and of course promoting citizen-participation and local democracy in political decision-making. However, and as is normally the common destiny when new models for sustainable development are appearing, investments in these “smarter” models run the risk of making people blind to problems that need more immediate concern. In short, governance is a matter of prioritizing among different goals. Governance is also about making sure that strong and powerful enterprises and business interests do not hijack the public debate.

The SC-model is primary about a development towards an ever more high-tech environment as a way of boosting opportunities for enterprise for the companies involved in the high-tech industry, including giants like Apple, Google, Ericsson and others (Hollands 2008). While the SC-model may be a way to foster economic expansion; how do we know that the greater majority of urban residents benefit by a development towards a smart city? How do we know the model will foster the much needed sustainability transformations when we lack evidence of it at this moment in time?

As we now live in the era of the Anthropocene, more urban planning efforts should be geared at designing cities that deals with the problems that are characteristic of this proposed epoch. The Anthropocene represents a major shift in Earth history as a result of the direct intervention by humankind into the earth system and nature. The term was popularized by Nobel Laureate, Paul J. Crutzen, when he declared in Cuernavaca (Mexico) in February 2000: “We are in the Anthropocene”. Crutzen argued that the result of the massive intervention by human economic activities into the earth system, scientifically documented in the rise of GHG (parts per million [ppm] of CO2) in the atmosphere, is that earth history has transitioned from the Holocene, the latest period of earth history following the end of the glacial period 12,000 years ago, to the Anthropocene. The Anthropocene is hence a proposed epoch that begun when human activities started to have a significant impact on the Biosphere (Folke et al. 2013; Waters et al. 2016). At the same time the world is urbanizing at an unprecedented rate in history. By the year 2030 an additional 60% of the land area of planet Earth is expected to be urban, posing a grand challenge that needs wise navigation and governance, in particular considering that we are experiencing an uncertain future due to climate change and massive loss of biodiversity and associated ecosystem services (Seto et al. 2012; Bren d’Amour et al. 2017).

Given that as much as 30 to 50 percent of all species on Earth possibly are heading toward extinction by the mid-century (Thomas et al. 2004), management of biodiversity and ecosystem services will to a much greater extent depend on the wise management and planning also of urban environments so that places in cities remind their citizens about their dependence on nature and functioning ecosystems within and outside the borders of cities.

One danger as we as urban ecologists see it, is that SC-model is being seen as a quick fix for creating more sustainable cities. In fact, our literature review of the scientific evidence for the benefits suggest that it is rather weak despite that over more than five thousands articles exist on SC as revealed from our broader Scopus literature check.

For sure, no technological model alone can solve the problems of climate change and loss of biodiversity. Rather, we must recognize that the world’s living systems, i.e. ecosystems, and all the services associated with those (nature-based solutions) need to be much more thoroughly integrated in the creation of visions about smarter cities.

As the “smart city” model rapidly is emerging as a blueprints for creating more sustainable cities, we recognize instead that the proponents of the model for a greater part view cities as markets to overcome the friction of distance, enabling people to compete for scarce resources (Batty et al 2012). It is quite symptomatic that the smart city vision of Stockholm is devoted to create a better climate for business development. As the concept “sustainable development” has increasingly been hijacked by private enterprises, boosting their own business agendas, we see a real possibility that the SC-model is driven by business interest rather than the greater public interest of addressing the real sustainability challenges that humanity presently is facing (Hollands 2008).

Considering that more than half the world population resides in cities and the rapidity of urban growth (Ash et al. 2008; Seto et al. 2012), a key urban governance challenge is to find novel ways for economic expansion while simultaneously for reconnecting humans to nature (Andersson et al., 2014; Folke et al. 2011). To what extent the SC-model can contribute to such twin goals, remains in large to be seen.

By Johan Colding and Stephan Barthel on an upcoming scientific article

Is the city-dweller best visualised as a smoothly moving pixel, travelling to work, shops and home again, on a colourful 3D graphic display?