UL and RISEBA FAD: Design studio on mobility culture in the new campus area
Back to Blog

On 27 April 2017 more than 16 spatial planning and architecture students from the University of Latvia (UL) and RISEBA Faculty of Architecture and Design gathered for a design session on the future of mobility in the new campus area of Pardaugava.

The challenging brief for the studio stated that in the coming decade, the left bank of Riga would see a near complete makeover. What is now a post-industrial landscape of factories and warehouses with approximately 600 inhabitants and 5000 white collar workers will see an influx of about 12 000 students in the new UL campus and an equal share of knowledge workers brushing side by side. A twenty-fold increase is set to transform the area into the new innovative quarters of Riga while, in parallel, a new underground car tunnel and a multi modal rail hub, as well as a pedestrian-bike bridge connecting the historical center to the new campus are all set to be built in the coming years as part of larger infrustructure projects — Rail Baltica railway and Riga’s Centre Bypass. But how livable and accessible will the area be once construction makes way and, equally important, how will pedestrians, cyclists and other less protected mobility groups experience the new quarters?

A daylong design studio was organized by the University of Latvia and RISEBA University, the local strategic partner of the Live Baltic Campus project. The goal of the studio was to sketch, create and test data driven spatial scenarios for a livable and accessible campus area of UL. The first quick-paced stage of the studio hosted a range of transport experts and planners to foster and encourage a collaborative effort among the students. In the aftermath, the design studio had four groups of students sketching and designing visions for two major projects — a new underground car tunnel and a multimodal transport hub. Both will be located in close proximity to the new campus area and are set to define the area in the coming years. 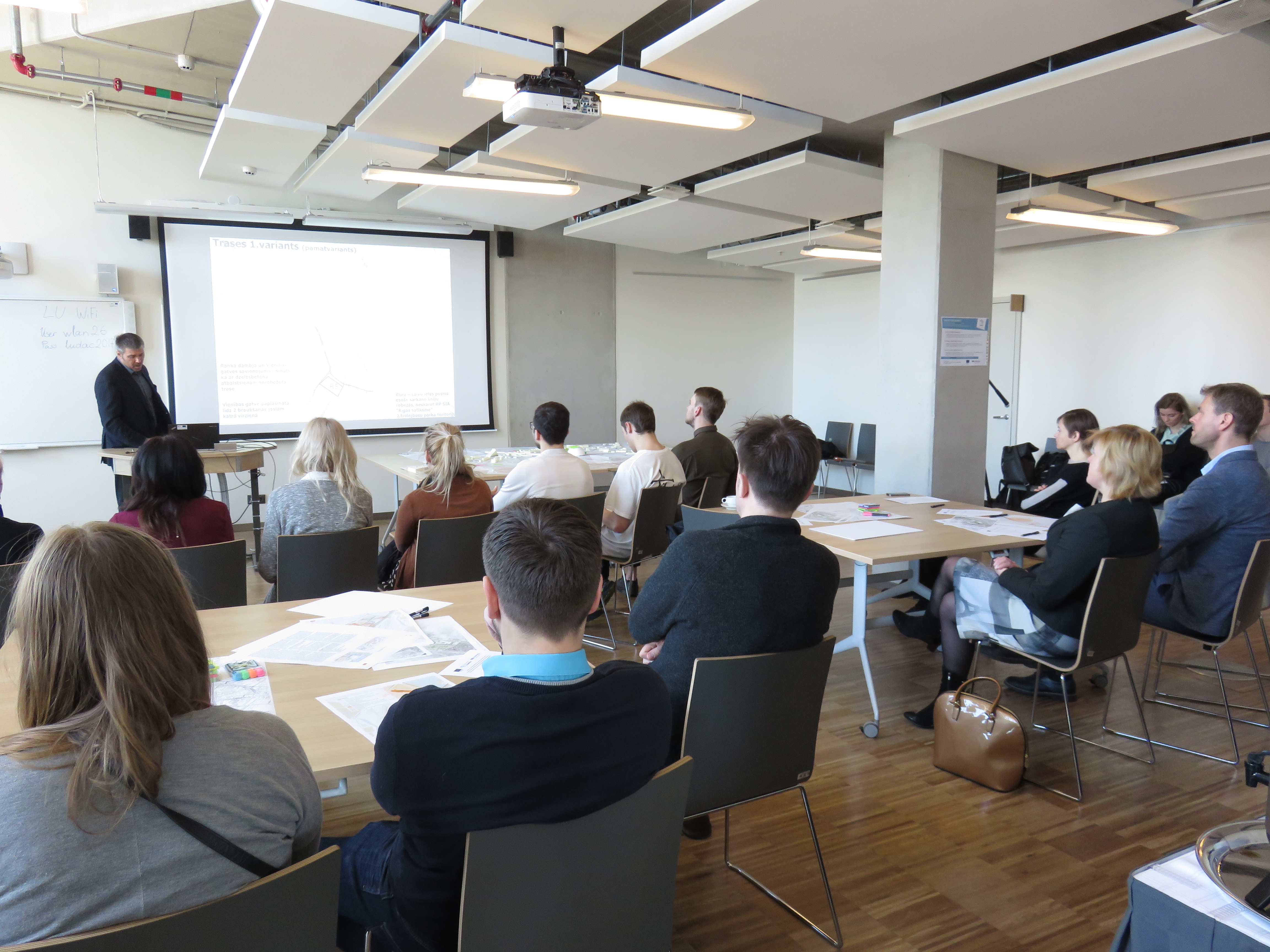 While the Riga City Council has already made tentative plans regarding the said projects, participants were welcomed to put forth and co-design alternatives and tweaks that suggest both a more workable and more human-centered approach to what is currently a conventional large transport infrastructure. Having worked for up to 7 hours, the final proposals re-organized the existing projects to a more human scale, emphasized the accessibility of the main landmarks (including the desolate promenade along the Daugava water front), as well as focused on the integration of green and activated public spaces into the future landscape.

During the final part of the studio, the students presented their visions for the site and argued their cases for a panel of experts, offering another chance to elaborate and question both the current plans and debating unorthodox and unconventional solutions to a very complex site. The overall atmosphere in the studio was creative, open minded and mutually supportive. The planners and architects from the campus of the University of Latvia, National Library of Latvia, Riga City Council, as well Riga Technical University were not only engaged and appreciative of the effort put forth by the body of students, but also expressed their interest to make these collaborative endeavors into a more frequent reality. 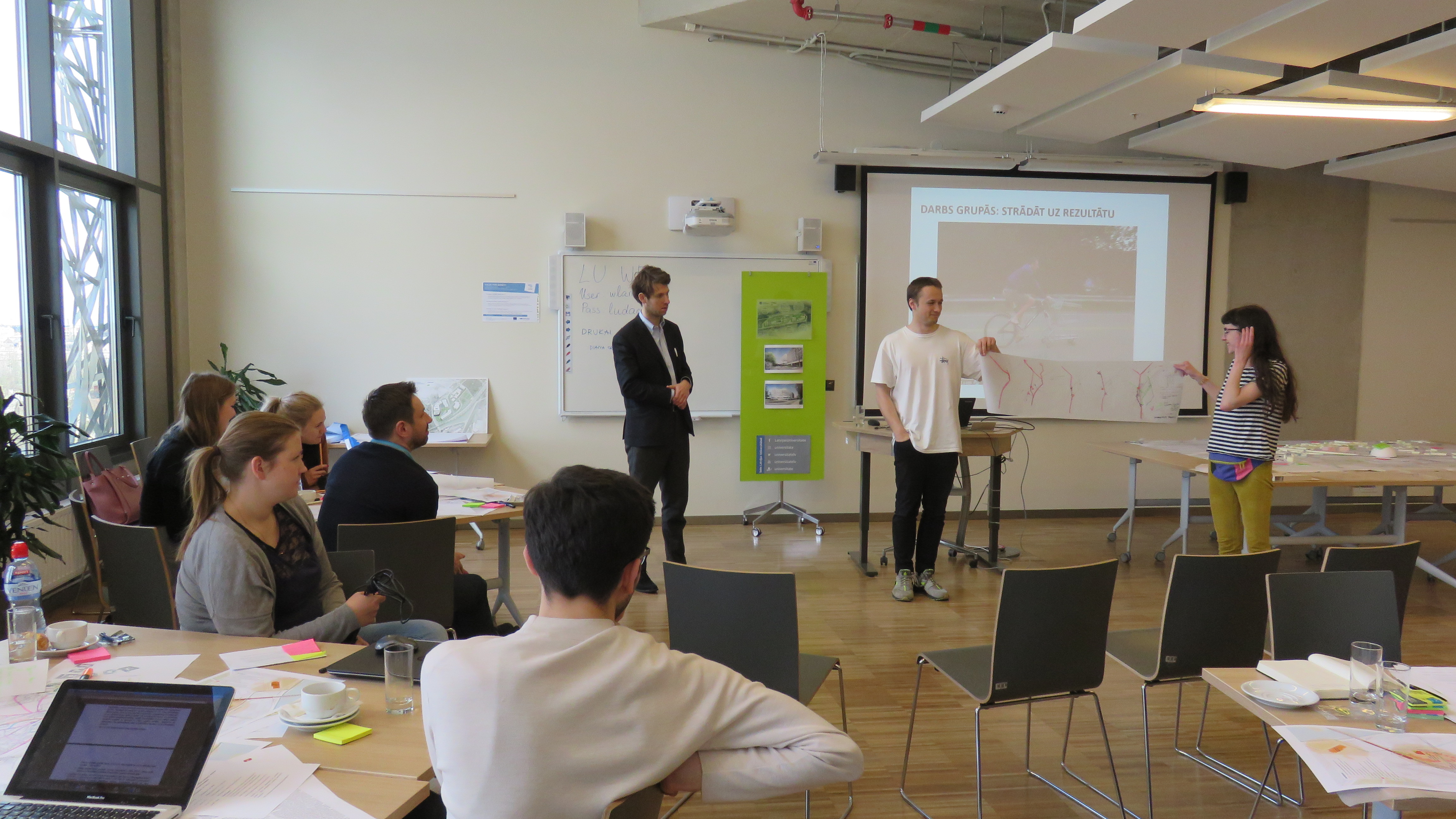